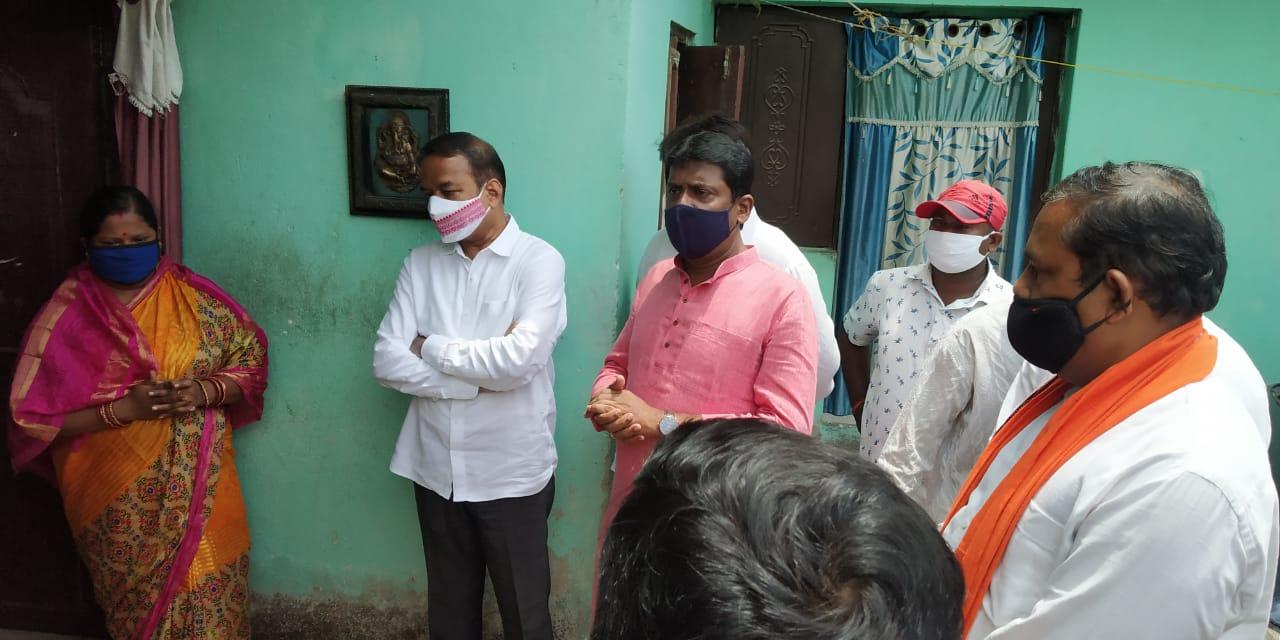 Bhubaneswar: The state government is not ready to listen to its guilt. Who is telling the truth Or the government is blaming the government for the weakness, and the state government has arrested them creating an atmosphere. Yesterday, he was charged with felony criminal mischief for trying to seduce a minor arrested Laxmikant Behera and Biswajit Mohanty have been arrested. In this regard, Bhubaneswar District BJP delegation led by President Babu Singh met family members of Laxmikant Behera. The family represents a great deal of grief and mental anguish in front of the team and explained. The audio went viral with no malicious intent. After telling the truth to the state government.

It is unfortunate that they were arrested and subjected to unspeakable torture. He was arrested yesterday. “The rescue squad wasn’t called for him,” she told the Associated Press. “It is not uncommon for a police officer to pick up a couple of bucks from the house on the 9th and interrogate them at 12 o’clock in the morning,” he said.

The people of Bhubaneswar will never forgive such a monotonous regime. Such are the aggressive steps taken by the administration towards the general public and such by the BMC and the police administration Mr. Singh strongly condemned.

A few days ago, a BJP delegation visited the Harinagar slum and met the slum dwellers. Due to the good data of the DMC, they are suffering from mental illness and many problems. No action has been taken by the administration so far in the incident. But today why did people take action because people were talking about corona disorder?

Singh questioned whether anyone had the freedom to speak out. The BJP strongly condemned the activities of the BMC and the police in the incident and the BJP left their comrades and raised their voices against injustice until justice was done to the families involved. As a tibe the delegation included BJP state spokesperson Dilip Mohanty and Jagannath Pradhan.