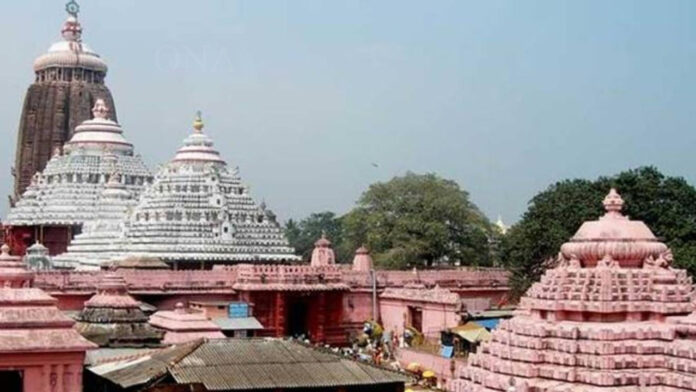 The Jagannath Temple story is an ancient shrine in the middle of Puri, Odisha, where Sree Jagannath, Sree Balabhadra, Goddess Subhadra and Sree Sudarshan are worshiped. The temple has a special place in the culture and lifestyle of Odisha. Built-in Kalinga architecture, the temple is located in the southeast of India, in the southeast of India in Odisha, in the southeast of Odisha in Puri. The Jagannath Temple story, even though it is in the ocean, digging wells here allows freshwater to flow without saltwater. In 1955, the temple was declared a national monument.
In the 12th century, the king of the Ganges, Anangbarma Chodagang Dev, now began the work of the temple, which is 216 feet 6 inches high from the fall of Badanda, and Anang Bhimdev completed the work and established the Sree Bigraha. It is located on 10 acres of land

The building of Jagannath temple 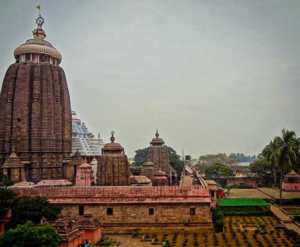 Jagannath Temple story, The splendor of the temple is enhanced by the blue wheel, and the fallen wind blows over it, attracting innumerable devotees, sinners, and fearing, and fulfilling the name of the sanctuary. It is built by the Chodagang dev king of the present-day Ganga dynasty and dates back to the 11th  century. Earlier, the temple’s Navikata Mandapa and Shri Gannath’s Padukanala were said to be south-facing.  Some have speculated that the temple’s art and sculpture date back to the 2nd  or 3rd centuries AD. The temple is now home to the ‘Amuhi Deul’ or ‘Shri Gannath’s Ratnabhandar’.

The entry of the Jagannath Temple story

The Jagannath Temple story Even today, the face of the temple is on the outskirts of Shri Gannatha towards Gambhira or Jagamohan. In addition to the east-facing Jayabijaya Gate, another gate of devotees to Gambhira is located to the south. How many steps do you have to take before you can reach the gate to enter through gate? There are 2  lions on either side of entry of the temple. So it can be called a Lion Gate. 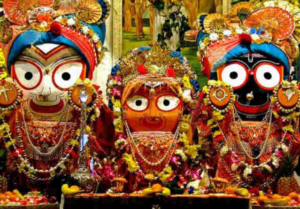 Jagannath Temple story The entrance to the east of the Majana mandapa and to the west of the south house. The Mukti Mandapa, just south of the entrance to the devotee, is where the ‘Jhulana Jatra’ takes place. On the west side of the Mukti Mandap is the Sree narasingh Temple or Purushottam Temple and on the east is the Kshetrapala Temple. The face of the Kshetrapala temple was to the south and the Shivalinga was worshiped in this temple, but the foundation behind the idol was called Bhairab, not Shiva’s. Instead of Karthik, Parvati and Ganesha, there are statues of ‘Nirmundamalini’ sword-wielding Bhairavi on 3 sides of the temple. Of these, the eastern side is ‘Bhairavi Kutamchandi’. On the east side of the temple is the Eternal Basudev, on the southwest corner is the ‘Mukteswar Mahadev’, on the west is the Muktimandapa, and on the north is the Surya Puja Mandapadi.

Some logic behind Jagannath Temple story

Jagannath Temple story, the flag on the temple peculiarly consistently coasts the other way of wind. The banner skimming inverse way carries your logical thinking to a stop, and you simply will in general accept that there is some power more impressive than science.

The chakra is really 20 ft high and gauges a ton. It is fitted on top of the sanctuary. However, what is fascinating about this chakra is that you can see this chakra from any side of the Puri city. The designing secret behind the setting and situating of chakra is as yet a secret in light of the fact that regardless of your position, you can generally feel that the chakra is looking toward you.

You will be astonished to realize that no flying creatures or planes fly over the sanctuary. Paradoxically, such an angle is an extraordinariness at some other sanctuary in India. The site is a no-fly zone really, which has not been announced by any state powers, however by some heavenly force. This marvel additionally evidently has no clarification. It actually stays a secret.

Pudina (mint) is one of the most seasoned culinary spices known to people. It has wonderful restorative properties and is a rich wellspring of...
Read more
News

Having Walnuts Daily, Another examination utilizing mice models, circulated in the Journal of Clinical Biochemistry and Nutrition suggests that standard pecan utilization may be...
Read more