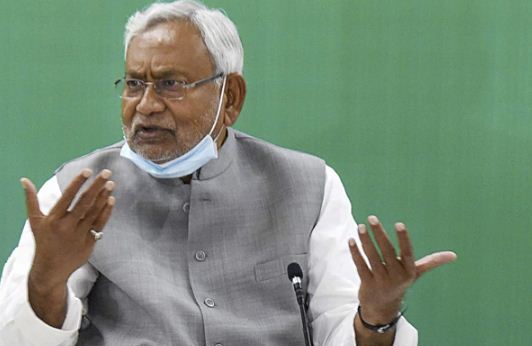 Patna : The new cheif minister of JDU – principally to allow Chief Minister Nitish Kumar to quit managing the BJP metal – shows a profound gap inside Bihar’s decision partnership. Ramchandra Prasad Singh was named the head of Janata Dal United today by Mr Kumar, only fourteen days after he suggested the issue with some partymen.

The Janata Dal United has not avoided reprimanding the BJP for clandestinely backing the resistance by Chirag Paswan, which hacked off almost a large portion of the gathering’s solidarity in the get together and left it as junior accomplice to the BJP.

Today, the gathering transparently communicated dismay more than a few issues, beginning with the circumstance in Arunachal Pradesh, where six MLAs of the gathering have joined the BJP, leaving it with just a single MLA in the state get together.

In BJP-administered Arunachal Pradesh, the Janata Dal United was essential for the resistance and the hybrid of the MLAs has left the gathering with no weight in the get together.

“This is nothing but bad for the coalition. They ought to receive Atal Bihari Vajpayee’s dharma,” said party representative KC Tyagi, voicing disappointment with the partner.

Renu Devi, one of Mr Kumar’s Deputies, has asserted that the Arunachal advancements would not influence the union in Bihar. “We had not poached them (JD(U) MLAs in Arunachal Pradesh) . What could our gathering have done if a few administrators intentionally communicated want to go along with us”, the previous BJP public VP had told columnists.

Mr Tyagi today said the JD(U) is “hurt” by the BJP’s turn.  “Our gathering’s chief had a word with (BJP) JP Nadda. He had said the MLAs should be remembered for the bureau yet the BJP remembered them for the gathering. The JD(U) is harmed with this,” Mr Tyagi said. The JD(U) likewise communicated disappointment with the BJP’s move in a few states – including Uttar Pradesh, Madhya Pradesh and Karnataka – to condemn between confidence marriage with new enactment.