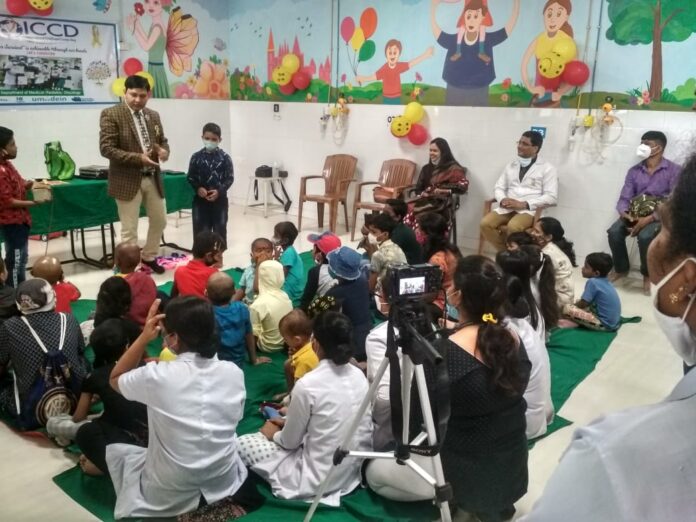 Bhubaneswar : Around four lakh children across the world are detected with cancer every year of which India accounts for about 12 percent, Dr. Saroj Panda, Pediatric Oncologist at the Institute of Medical Sciences and SUM Hospital here said on Friday.

“Approximately 700 children who had been brought to IMS and SUM Hospital for treatment of their illnesses during the last five years had been found to be suffering from cancer. Of them, 350 kids had recovered so far following treatment,” Dr. Panda said while addressing a program organized in observance of the International Childhood Cancer Day at the hospital on Friday.

The International Childhood Cancer Day is observed across the world on February 15 every year.

Of all cancer patients worldwide, 95 percent were adults while the rest five percent of cases were children, he said adding in most cases the disease found in infants was caused due to genetic factors.

“However, early diagnosis and good treatment can help the child defeat cancer,” he said.

Most of the cancers found in children were leukemia, tumors in the brain, kidney or liver as also bone sarcoma, Dr. Panda said while advising parents to make sure that their child lived a healthy life, maintained the correct bodyweight, did regular exercise, and ate a lot of green vegetables and fruits.

“It was important to ensure that children stayed away from junk food,” he said.

Around forty cancer-afflicted children and their parents attended the program in which magician Jiban Das and actor Prasenjit Das entertained them.