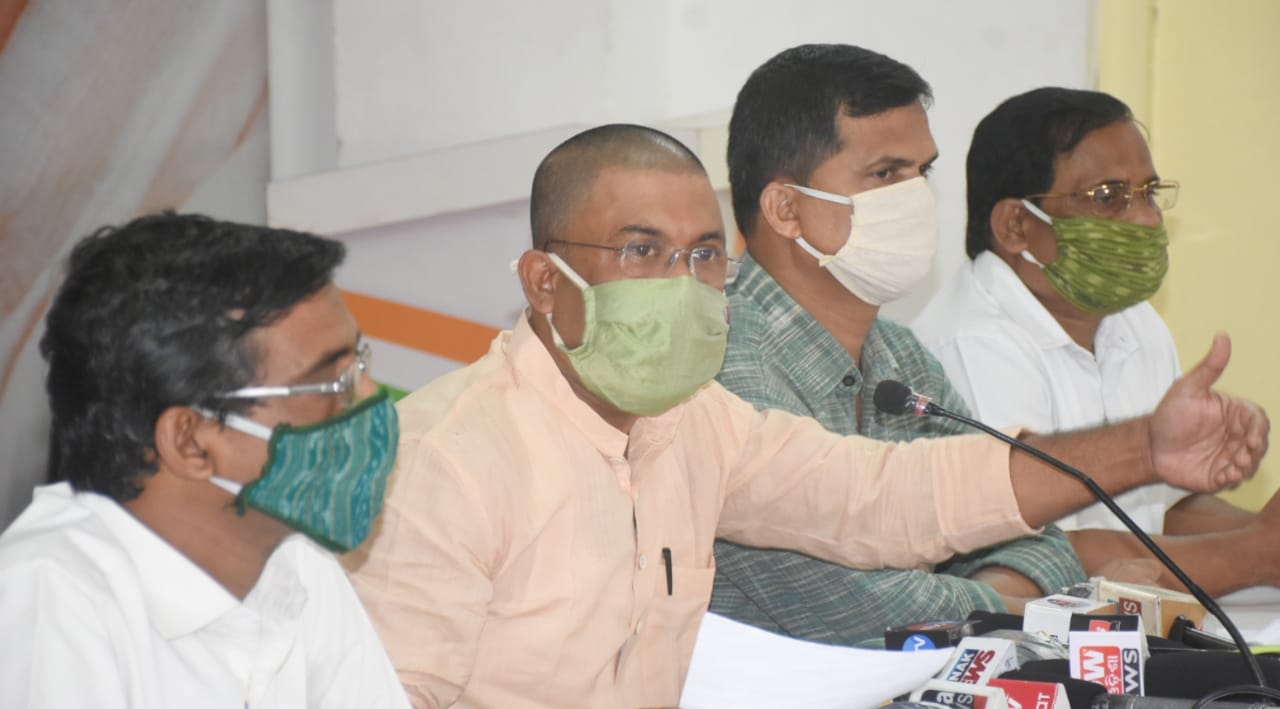 Bhubaneswar – Only the sale of Bagla Dharamsala land has not been watered down. All land acquired by the state government in the name of the Sree Mandir security corridor is controversial and illegal. The Congress has said that the state government and the district administration have greedily lost many people and landlords within 45 meters of the shrine out of greed for the land of Bagla Dharamsala. At a press conference organized by the state Congress, it was alleged that the land acquisition in the name of the Sree Mandir security corridor was not carried out under the state government’s Land Acquisition and Housing Act 2013. Even the way in which the Bagla Dharamsala land was forfeited and the land in the name of Mahaprabhu Shri Gannath was transferred to the Revenue Department is completely illegal. These include the Odisha Land Survey and Settlement Act, the Odisha Land Reefs Act and the Odisha Land Acquisition and Procedure Act.

Congress leader Satya Prakash Nayak alleged at a press conference that the government had violated the terms in broad daylight. The government has kept the people in the dark while buying land for all security, and has bought and sold less than the people without acquiring legal land. The Congress has questioned how the land rate near the shrine has been reduced by Rs 50,000 in four years at a time when land rates around the world are rising. In addition, the government has imposed a 12 percent increase in market prices when calculating the amount of solarium. But Congress has questioned why 12 percent of the land the government bought in 2014 was not paid. The Congress alleges that the government has used the land as a broker in the name of acquiring security corridors and depriving the people of their rights. He called for a “high-level” investigation into the land acquisition of the security corridor. The district commissioner himself, as the district’s highest revenue officer, abused the law by abusing his powers and turned the existing land into a locking house fund in the name of the locking house fund.

Lawyer and spokesperson Nishikant Mishra, who was present at the press conference, said it was a heinous crime to take government accounts illegally and strongly opposed the district magistrate. He demanded that legal action be taken and replaced immediately. Puri district Congress president at the press conference Amiya Kumar Patnaik, Rajani kumar Mahanty were present.