Home News Lockdown lifting on May 3rd is uncertain
News

Lockdown lifting on May 3rd is uncertain 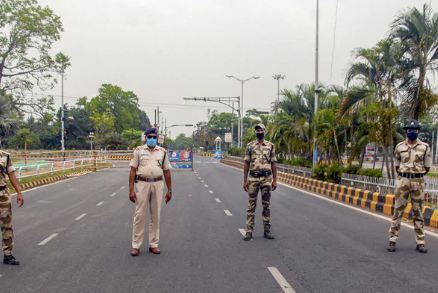 Bhubaneswar: The lockdown for the corona epidemic will remain in force until May 3 next month. Then everyone is looking forward to the lockdown. Today, the Prime Minister discussed the Lockdown issue and other issues through video conferencing with the Chief Ministers. Health Minister Nab Kishore Das was present during the Prime Minister’s talks with Chief Minister Naveen Patnaik. Answering various questions while returning to the media after returning from there, Minister Das said the lockdown needed to be extended by another month. Later, the national media reported on the talks between the Prime Minister and the Chief Minister. It said Odisha Chief Minister Naveen Patnaik had proposed to extend lockdown period for another month. The state government has not been able to lift the lock down since May 3 after Nab Das was present during the talks with the chief minister and asked him to extend the deadline by months. According to national media reports and Nab Das, the Odisha government is likely to keep the lock down in force until June. But no such clear information has been provided so far by the Chief Minister’s office. However, the Chief Minister’s Office has not yet commented on the matter. But the state has already given information about the corona. “We have to fight for the crown,” said Subrata Bagchi, the government’s chief spokesman. It is not expected to end in a day or two or a month or two. We have to be prepared to fight this long battle. Initially, the state government issued lockdowns in various districts, followed by lockdowns across the country. In two phases, lockdown issued the deadline, saying it would end on April 21. The third phase was until May 3, before the central government increased the lock-down period by the central government. The lockdown will open after May 3, raising concerns about the state government’s move.