Home Odisha Lot of damage happened in the storm, but no one was killed
Odisha

Lot of damage happened in the storm, but no one was killed 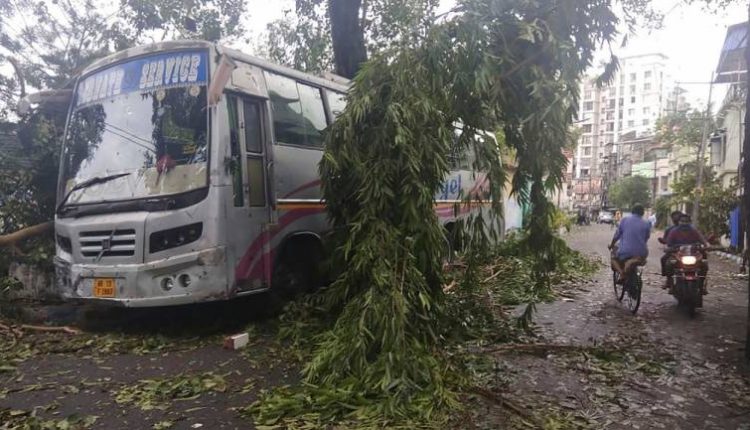 Bhubaneswar: The government today issued a preliminary report on the damage caused by the storm. The storm is estimated to have damaged about 100,000 hectares of farmland. According to government estimates, 100,000 hectares of crops have been destroyed. The final decision will be taken on 26th of this month. According to the reports, 10 districts have been affected. 9833 villages of 93 blocks and 272 wards of municipality are affected. As a whole 44,44,896 people are affected by the cyclone. 500 houses completely demolished in the cyclone and 15000 houses were affected slightly. The effect of Amphan was on the domestic animals as well. Out of them, 28 big, 9 small animals and 3836 hens were killed according to the state government report. However, in this cyclone no human life affected. It is 38km, 33kv and 753 km 11 KV power was also destroyed. 40 km of LT line, 2,734 transformers were destroyed. 14 fishing boats were completely wrecked, while 41 boats were partially damaged. 4,000 trees and 2,000 trees were destroyed. As many as 151km of roads were damaged and 72 poles were damaged by the storm. 6 Anganwadi centres and 1,552 primary schools were demolished. 26 panchayat buildings were also destroyed in the storm, the report said. However, Prime Minister Narendra Modi visited Odisha yesterday and made a statement. After visiting the affected areas, he announced a Rs 500 crore aid package for Odisha which has been given to Odisha today.