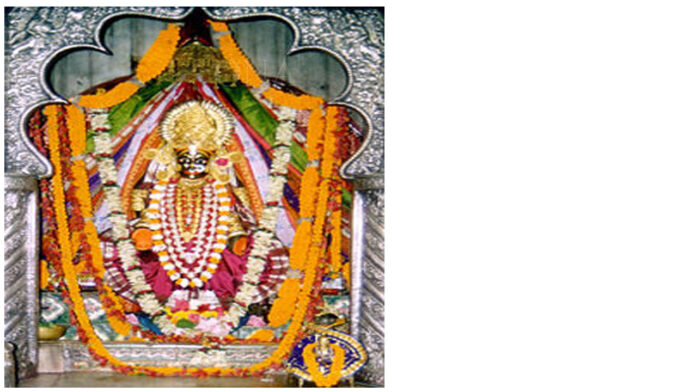 How the maa came to be

some people say that during the Marhatta rule, Maa Chandi firstly was worshiped in the Barabati fort. During the 16th century, Kalapahad was attacked, mother kept herself on the south side of the Barbati fort. Some local people say that many years ago, the milkmen of Sheikh Bazar area were going to graze cows in the forest area of ​​Barabati fort. One day, a milkman while sitting on a fort, a strange shiver was played on his body. That night, milkman saw in his dream that the maa chandi was under the rock of the fort. The milkman informed the temple priest and the priest informed the king. The statue of the maa came out when the then king of Kanika excavated the fort. From there the maa chandi sat on the heads of the milkmen. On his way, maa stopped near Chandi Chak. It was no longer possible to take her from there. So a statue of the maa Chandi was established at the base of the boula tree near that intersection.

72 bags of red vermilion came out

maa cuttack chandi has been worshiped since that time. Surprisingly, before maa was dug out of the fort, about 72 bags of red vermilion came out of the place. Many devotees come to this temple every day to visit maa cuttack chandi. A special feature of this temple is the 16 days festival and 16th costumes of the maa during Durga Puja.

HIDDEN TREASURES OF THE MUTTS  Anil Dhir  Bhubaneswar: The recent hullaballoo over the discovery of another set of silver ingots buried under the Emar Mutt at...
Read more
Featured

Things To Know About Web Design, You should keep steady over new and constant forward leaps with regards to finding out about website architecture....
Read more
Featured