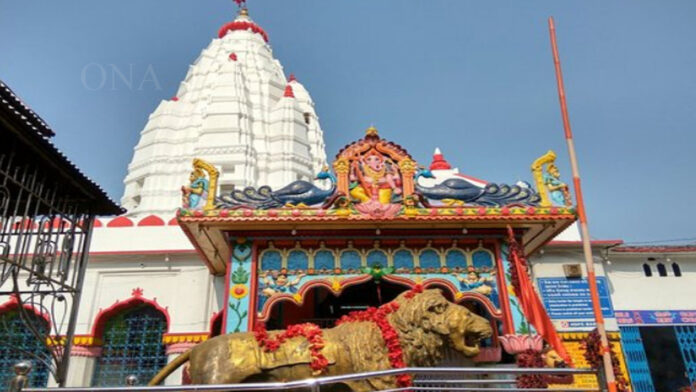 Sambalpur: Maa Samaleshwari is the presiding deity of not only western Odisha but all over Odisha. Mother Samaleshwari is worshiped on the banks of the Mahanadi in Sambalpur. The city is named Sambalpur after the mother. 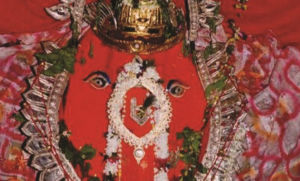 Maa Samaleshwari, Without the first worship of Mother Samaleshwari, no good deeds in the city begin. Thousands of devotees from across the state and beyond come here to pay their respects to the mother. The festival celebrates the three main festivals of Mother Samaleswari. One is Nuakhai, and the other is Mother’s Navratri Puja. Everyone in western Odisha eats only after dedicating their first meal on New Year’s Day. The first New Year’s Eve is celebrated here in March-April, and the other in September and October. For nine days on Navratri, Yak is constantly worshiped by Jagatjani Maa Samaleshwari.

Maa Samaleshwari, According to legend, there are many kinds of things to hear. One of them was the king of Sambalpur who was out hunting one day. At that moment the king saw a strange thing. The king’s dog chased a dog. The king was amazed at how a squirrel was chasing a dog. Thinking this, he followed Thekua. At that moment the king saw a fig tree. Where Jagatjani Maa Samaleshwari was worshiped by the tribals. At that time, the king considered his mother Samaleshwari to be his East and built a temple there. Devotees come here at 4.30 am to worship the mother.

Baba Bhairab, along with 12 other goddesses, is visiting the temple. It is said that it is very important to visit Baba Bhairab along with visiting Ma Samaleshwari. Without Baba’s vision, Jagatjanani Maa Samaleshwari’s vision would not be successful.

In Jagatjanani Maa Samaleshwari temple celebrated wore ‘Dhabalmukhi Besha’ at the event of Mahalaya. Critically, the Goddess wears this clothing just a single time in a year while on different days across the year she wears the ‘Sindurabarna’ besha. 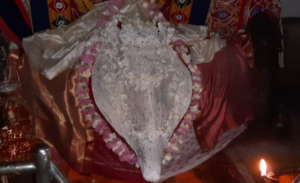 Goddess Samaleswari of Sambalpur in Odisha wore the Dhabalmukhi besha. Dhabala implies white and ‘mukh’ signifies face. Consequently, the Goddess accessible for darshan in white clothing, which is contrasted with River Ganga. It is accepted that when lovers have a brief look at the Goddess in the Dhabalmukhi besha they can be honored with the righteousness of having Ganga Darshan.