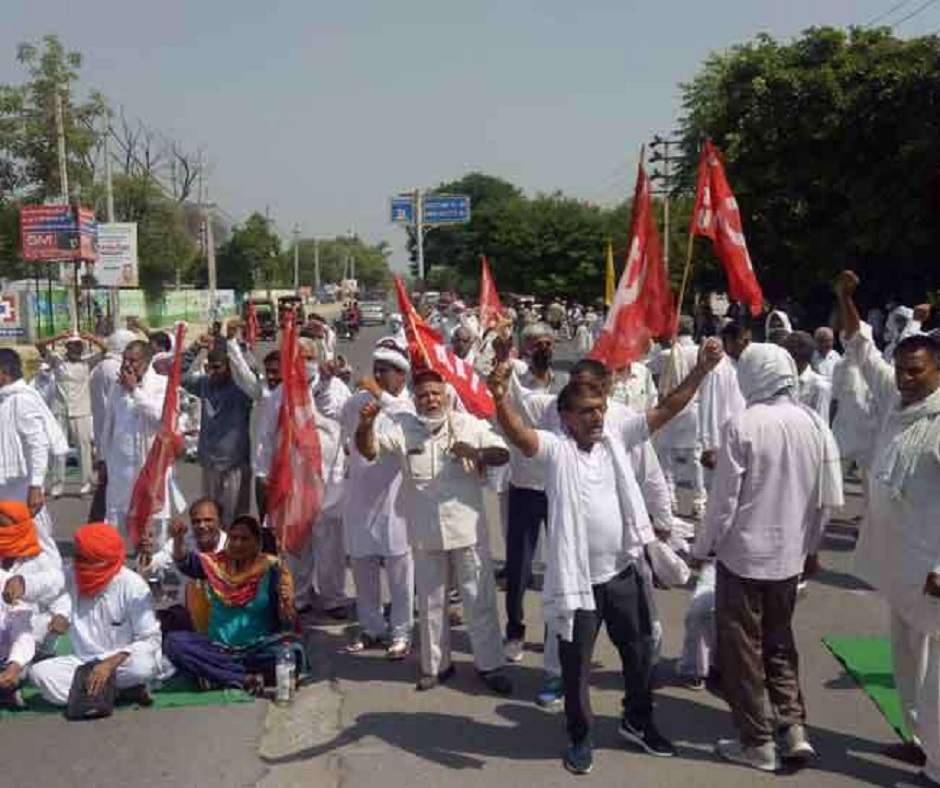 New Delhi | Jagran News Desk: The Delhi-NCR will likely witness a major showdown on November 26 as thousand of farmers from several states, mainly from Punjab, try to march down to the national capital as part of their indefinite protest against the recent farm laws brought by the Centre.

News18, in its report, quoted various farmer union leaders saying that despite the administration denying them permission to stage protest in Delhi, they will come fully prepared to stay put for a week or may be more wherever they are stopped.

The protesting farmers are expected to come from Punjab, Haryana, Madhya Pradesh, Rajasthan, Uttar Pradesh and parts of south India and may march down to Delhi from highways linking the capital with Jaipur, Meerut, Rohtak, etc., according to the report.
The imminent face-off between farmers and the police on these major major highways could lead to severe traffic jams on all the borders of the national capital.
The protesting farmers are represented by the umbrella body India Kisan Sangharsh Coordination Committee (AIKSCC) which includes over 250 farmer organisations from 22 states.

From November 26-27 protest, some other farmer bodies like Rashtriya Kisan Mahasangh and various factions of Bharatiya Kisan Union have joined with the AIKSCC. As have the Joint Platform of Central Trade Unions (CTUs) which is an umbrella body of major trade unions in the country like, INTUC, AITUC, HMS, CITU, AIUTUC.
The Railways said on Friday it has suffered a loss of Rs 2,220 crore, including Rs 67 crore in passenger revenue, due to the ongoing protest by farmers against the Central farm reform laws.

The protests, which began on September 24, have affected 3,850 freight trains which could not be loaded. As many as 2,352 passenger trains have been cancelled or diverted so far, it said.

The deadlock between the protesting farmers and the Railways continued with the national transporter rejecting a proposal by the protestors that only freight trains will be allowed to run in the state.