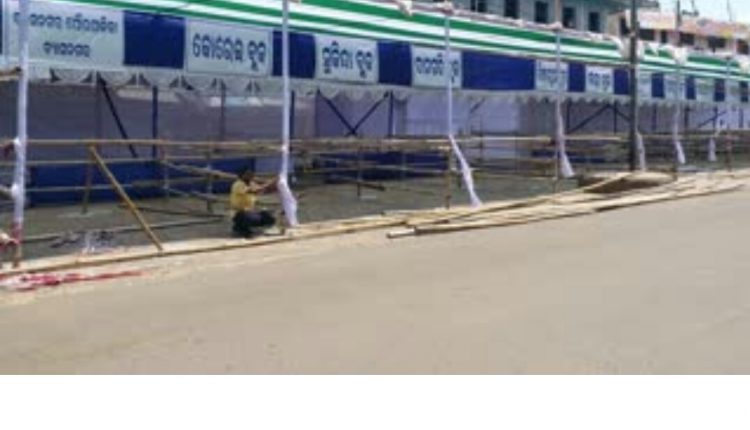 Jajpur: To stop corona infection, lockdown has been announced in the country. So, no body can return to their own land, as they went out to other places for work. After the decision was taken to bring back the migrant odiyas, migrants are returning to Odisha by trains and buses. As large number of migrants are returning to different districts, the residents of the districts are worried. In Jajpur, the corona infection cases are increasing day by day. In addition to that, more than 800 migrants from Surat are going to reach at Jajpur railway station. For the same, district authority has finished their preparation at Byashanagar.

The migrants who are coming to Jajpur, they have to do registration and they will be sending to their own panchayat according to the rules made by the authority. The migrants will be going to Korei, Dashrathpur, Bari, Jajpur, Binjharpur, Rasulpur, Badachana Sukinda, Danagadi and Dharmashala where all the required preparations are done. As large number of migrants is coming back, the common people of that area are scared for corona infection. That is the reason, the public has demanded to take special care of the migrants those are coming by train.