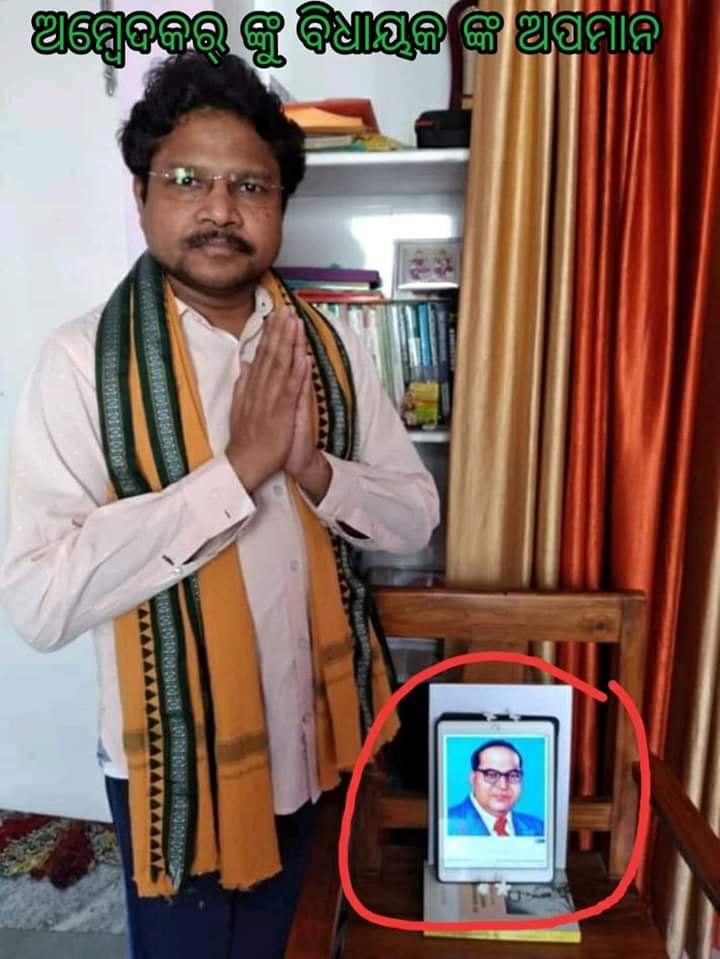 Balangir/Loisingha: – Yesterday was the birth date of the father of the constitution and the country’s first law minister, Bharat Run Baba Saheb Ambedkar. On the occasion, Loisingha MLA Mukesh Mahalinga paid homage to Baba Saheb’s mobile phone image and paid his respects. Instead of a portrait or statue of Babasaheb, such a tablet photo he used to pay homage to his people. People are calling it a digital tribute by the legislature. Following the word of this case being spread on social media, a video of Babasaheb paying homage to him has been widely condemned. According to sources, the legislator himself belonged to the Dalit community, and by becoming a highly educated man today, he has become a MLA by seeking the victory in a reserved seat like Loisingha after becoming a highly educated person under the rules and regulations enacted by Baba Saheb. A few days ago, his team also issued an order to celebrate Babasaheb’s birthday. So he should be ready to celebrate Barisaheb’s birthday. But many say that such behaviour on the birth anniversary of the great hero who fought for the nation for a long time is a great insult to Babasaheb. Proponents of her case have been working to make the actual transcript of this statement available online to Babasaheb. The legislator has deep respect, esteem and trust. It’s just that birthdays are not a measure of respect and respect for anyone. “It simply came to our notice then. However, he acknowledged that their numbers were not enough to defeat Lokasingha’s government. However, MLA Mahali could not be reached for comment.