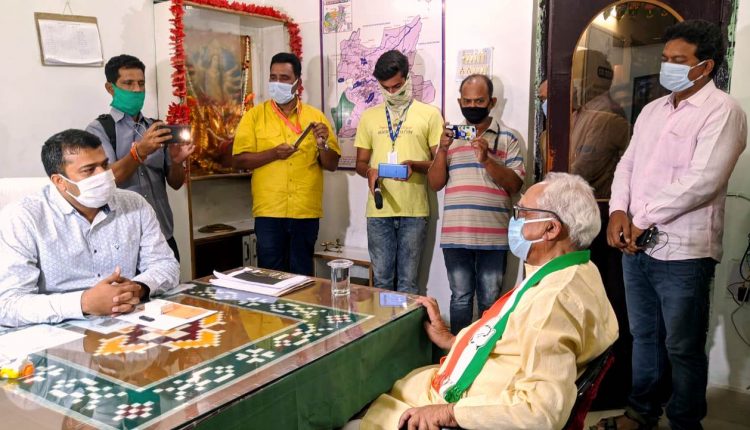 Balangir: Narasimha Misha, leader of the Congress legislature and MLA of Balangir, went to the police station on the night of yesterday and lodged a complaint against Arnab Goswami, the chief editor of Republic TV. While Republic TV channel’s Chief Arnab Ranjan Goswami organized a debate on Saint murder in Palghar, Maharashtra through the “Puchhta hai Bharat” program. In the debate, Arnab Goswami repeatedly accused the Hindu Muslims of inciting riots among Christians, as well as how two Hindu saints were killed, while Sonia Gandhi, the president of the National Congress, remained completely silent. Sonia Gandhi and her party would have caused a stir in the country if any Muslim cleric or Christian cleric had been killed. However, he acknowledged that their numbers were not enough to defeat government, and sought to justify military action.

MLA Mr Mishra further wrote that Arnab had created the Hindu community in his TV show to provoke revenge against Christians and Muslims in the country. “The whole country is in a state of shock because of corona, and this time he is using to make Hindu Muslims of inciting riots” said Mishra, the party’s secretary general. All the allegations against Sonia Gandhi are unconstitutional and, which will create chaos in the country. A copy of this program was given in the complaint. The Indian Penal Code Section 117, 1208, 153(a), 295(a), 289(a), 500, 504, 505, 506, and Section 2000 of the Information and Broadcasting Act. 66(a) violates. It is also aware of the allegations against Arnab Goswami, as well as the allegations made against him should take place according to Sri Mishra in his complaint.