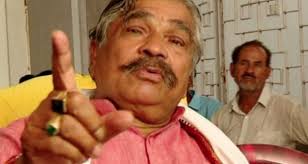 Bhubaneswar – Crude oil prices in the international market have fallen below 20 years to $ 20 a barrel, and it is unfortunate that the public has not been able to access them. Jatani MLA Suresh Kumar Rautaray said. Mr Rautaray said it was “unwise” to impose Rs 10 on petrol and Rs 13 on diesel in the event of a devastating financial crisis in the wake of the Corona crisis. Since 2014, Modi has simply increased oil prices by 12 times, putting a burden on the public. Now Nowadays, the rise in oil prices is being hailed by the general public as Modi Tax, Gubber Singh Tax or Gijia Kar. When the price of crude oil was Rs 125 in the international market, the Congress government at the Center was paying Rs 70 per liter for petrol. With the price of crude oil now falling to $ 20, the Modi government is collecting petrol and diesel prices at around Rs 70 a liter. Both the BJP and the BJD protested against the rise in oil prices during the by-elections. Now the BJP government is on the rise, but Naveen Babu and the BJP have shut their mouths. This is because of the decision of the two governments, which is to raise money for the common people. The public would now get petrol and diesel for Rs 30/40. But the central and state governments of Odisha did not. Modi and Naveen tax Rs 50 per liter on petrol and diesel. “It’s falling,” he said. Petrol taxes have risen and diesel since April 2017. Our state government is also skeptical about this increased taxes. As petrol and diesel prices remain unchanged, common people remains in the dark. The price of petrol and diesel is now half the price in a poor country. Since the government is a public interest opposition, the general public cannot afford cheap petrol and diesel. It is alleged that the most tax compared to other countries is taken by Modi government.