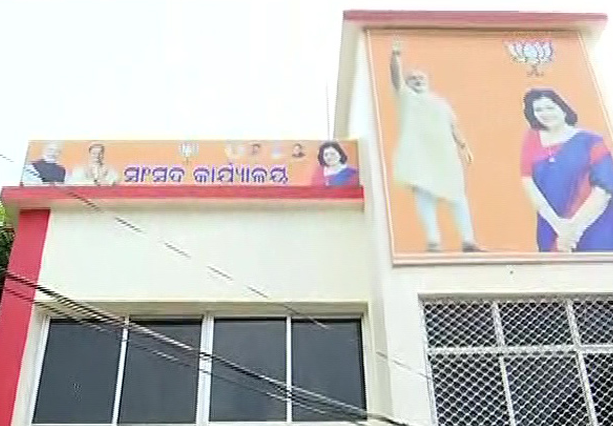 Bhubaneswar: The BMC today opened the office of Bhubaneswar MP Aparajita Sadangi. The seal was opened by the BMC ahead of schedule. The Palasapalli Off has been inaugurated today after a brief hiatus over the years. Presented today, MP Sadangi roared over the BMC and indicated that he was considering going to court. The office was sealed off without a chance to tell the BMC commissioner that MP BM Aparajita Sadangi had written a letter to the BMC commissioner claiming that it was illegal to seize the BMC from his office, alleging that the BMC officer was appearing without power. The BMC has taken such a step by violating all the rules.

However, Bhubaneswar MP Aparajita Sadangi Kovit was accused of repeatedly violating the rules. Cock was allegedly violated the guidelines on Coke’s birthday. The Bhubaneswar Metropolitan Corporation issued a notice to close his office for 15 days.

Facebook
Twitter
Pinterest
WhatsApp
Previous articleTwo Covid 19 vaccines are in Phase II and one is in Phase-III
Next articleThe congress is playing the bet: eyes on Bihar including UP