Home News Mumbai: TBM stuck in tunnel for over a year in Powai, water...
News

Mumbai: TBM stuck in tunnel for over a year in Powai, water project stalled 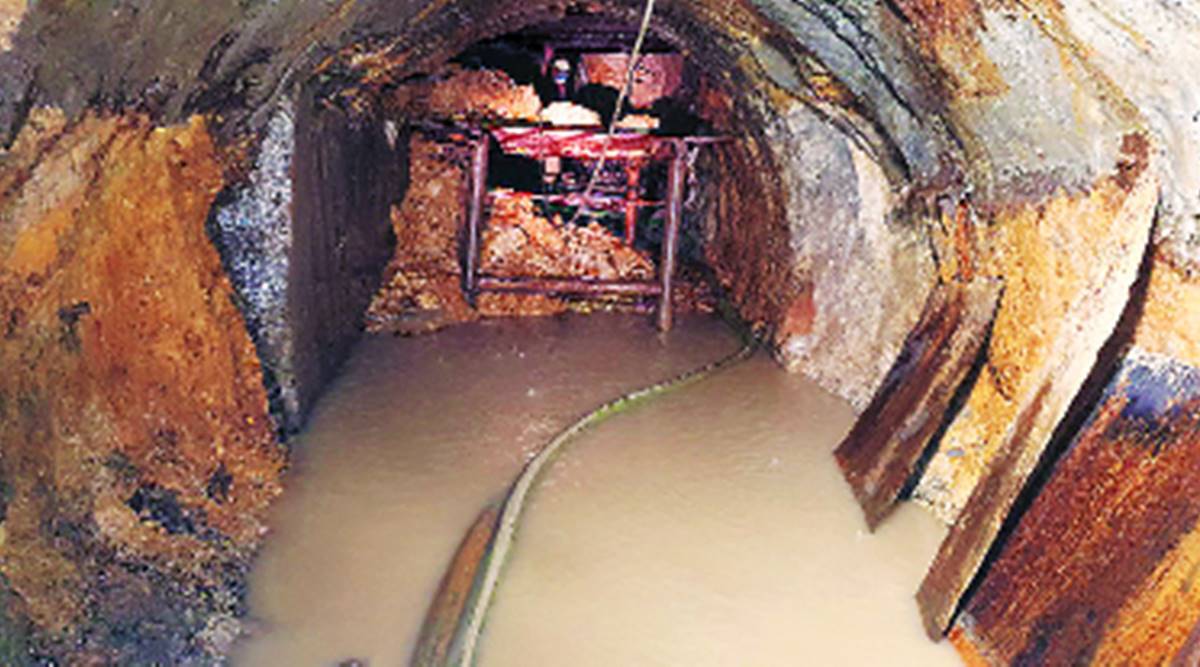 In a one-of-its-kind incident, a tunnel boring machine (TBM) drilling for the Brihanmumbai Municipal Corporation’s (BMC) ambitious Veravali-Powai-Ghatkopar water supply project, has been stuck in its own partially-dug tunnel near Powai for over a year, with no respite in sight.

The BMC is constructing a 6.6-km water supply tunnel from Veravali to Ghatkopar to improve Mumbai’s old supply network, in order to prevent water theft and provide relief to residents dealing with low pressure water supply.

The TBM is of German make – Herrenknecht. According to BMC officials, a contract of Rs 183 crore for the Veravali-Powai-Ghatkopar water supply project was awarded to Patel Engineering in January 2012, with a deadline of 48 months. There were two arms of the tunnel, with Powai being the central point. One arm of 2.2 km from Powai to Veravali has been completed and commissioned.
The TBM had got stuck last August during tunneling for the other 4.4-km stretch – from Powai to Ghatkopar – after drilling about 1.2 km and 90 m deep. The tunnel was flooded with a slush of soil and rainwater. The soil strata at the location is soft as against the required rocky patch and extricating the machine has proved to be an impossible task so far, officials said.

Explaining the problem, chief engineer of the BMC water supply project department, Shirish Uchgaonkar, said that the soil strata at the location is different when compared to other parts of the city. “The portion where TBM was drilling soil strata is pyroclastic ash, it is very loose in nature. There are cavities near the TBM and during the rains last year, the tunnel was flooded. The TBM is now surrounded by slush. It is a difficult terrain to work at and this is the first time we have come across such a problem while constructing a water supply tunnel. Such soil with pyroclastic ash has not been found anywhere else in the city,” he said, adding that the soil strata in Mumbai is usually of a basalt rock type.
The TBM’s diameter is about 2.8 m and its length is less than 50 m. In the last one year, the civic body has approached several TBM experts in the country as well as across the world, including those in Germany, seeking help for removal of the machine, but in vain.

The BMC has also formed an expert committee under the chairmanship of a professor from IIT-Mumbai to decide on the further course of action. BMC officials and members of the expert committee are set to meet next week.

Speaking to The Indian Express, Additional Municipal Commissioner (Projects) P Velrasu said, “The TBM requires basalt rock for boring. Here, since the soil strata is loose in nature, we have to leave that particular stretch of 200 m (where the TBM is stuck) and then continue work further. We are working on methodology to remove the machine. These things happen when we don’t understand soil strata perfectly. The soil is expected to be better in the rest of the stretch towards Ghatkopar.”

The project was supposed to be completed in 2016. However, two extensions have been awarded to the contractor to finish the work since. BMC officials said that the project has seen cost escalations. In 2016, while the project was granted extension, the cost had gone up to Rs 263 crore.
So far, the BMC has successfully constructed water supply tunnels spanning more than 80 km in a bid to improve the city’s network. In Mumbai, 18 TBMs are currently being used for various infrastructure projects such as Metro 3 (Colaba-Bandra-Seepz).

India’s biggest TBM had arrived in the city in April for the coastal road project. About 12.19 m wide, this TBM will drill 3.4-km twin tunnels under Malabar Hill and Girgaon Chowpatty. The project will commence by the end of December.

Across the world, too, it is rare for a TBM to get stuck. In 2013, the world’s then biggest TBM, ‘Bertha’, which was drilling for a highway project, was stuck under Seattle city in the US after a technical snag. It was removed after four years.