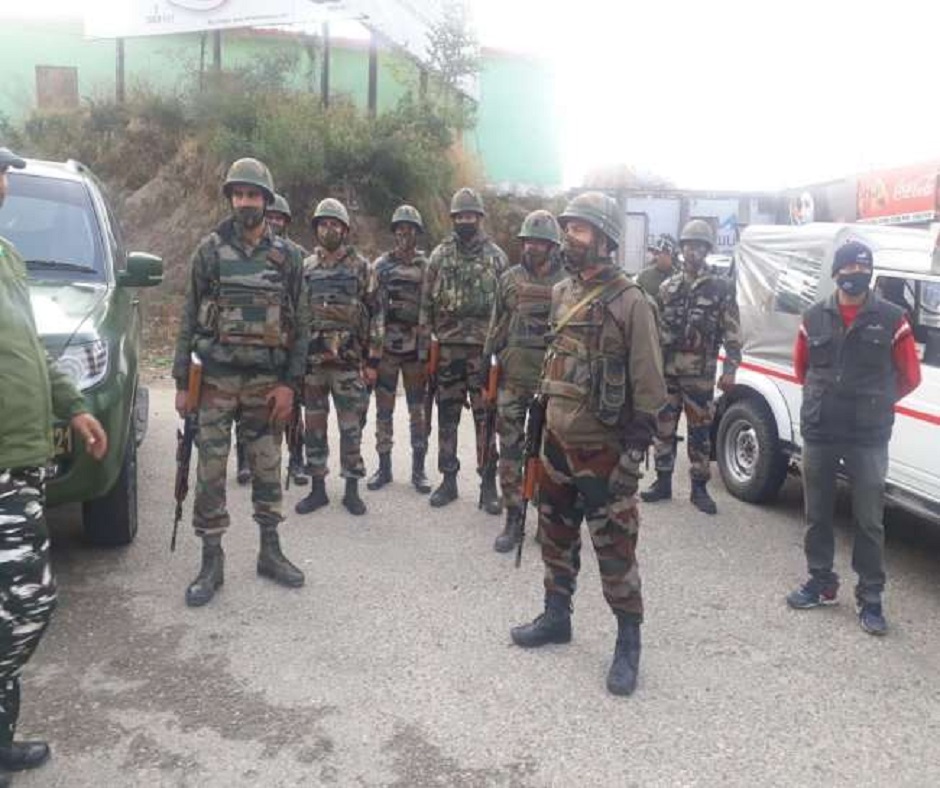 New Delhi | Jagran News Desk: The four terrorists, who were gunned down by the security forces in Jammu and Kashmir’s Nagrota earlier this week, were reportedly in constant touch with Pakistani handlers in Pakistan-occupied Kashmir (PoK) and were planning to carry out attacks across the Valley on the anniversary of 26/11.According to reports by Hindustan Times and India Today, the intelligence agencies have found that the four terrorists were using mobile phones and radios manufactured by a Pakistani company to stay in touch with their handlers. The reports further claimed that they were in touch with Jaish-e-Mohammed’s (JeM) Mufti Rauf Asghar, the younger brother of Masood Azhar. The reports claimed that the security forces have also recovered a wireless set and a GPS device from the four terrorists and found that they entered India near the Samba sector to carry out attacks in Jammu and Kashmir.
Amid this, Prime Minister Narendra Modi on Friday held a meeting with top officials, Union Home Minister Amit Shah, National Security Advisor (NSA) Ajit Doval and the Foreign Secretary and reviewed the situation.

Following the meeting, PM Modi lauded the security forces for successfully thwarting an attack and eliminating the terrorists who were planning “to wreak major havoc and destruction”.

“Our security forces have once again displayed utmost bravery and professionalism. Thanks to their alertness, they have defeated a nefarious plot to target grassroots level democratic exercises in Jammu and Kashmir,” PM Modi tweeted on Friday.

Facebook
Twitter
Pinterest
WhatsApp
Previous articleCoronavirus India News: Active cases decline by 4,047 as recovery rate jumps to 93.67 per cent
Next articleMajor showdown likely in Delhi on Nov 26 as thousands of farmers plan to march down to national capital