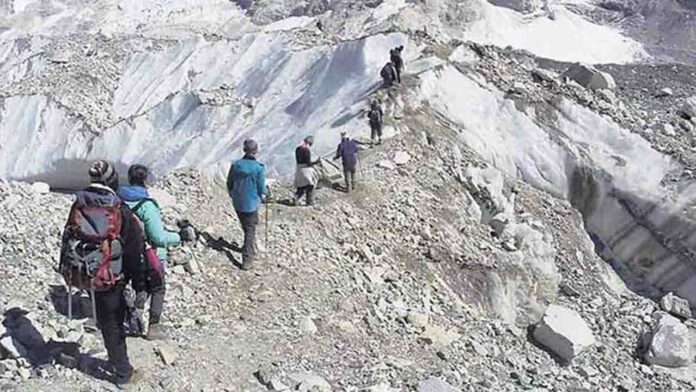 New Delhi: Nathu-La after a blizzard, The military has protected 447 vacationers stuck at snow-bound Nathu-La close to the India-China line in Sikkim following a blizzard, safeguard authorities said on Friday. Guard representative Lt. Col. P. Khongsai disclosed to IANS that officers in brief activity safeguarded the 447 vacationers from the high reaches of Nathu La close to the India-China line following abrupt substantial snowfall on Thursday.

He said that the travelers in 155 vehicles were stuck on Nathu La-Gangtok street following an extreme blizzard and freezing temperatures.

“The vacationers were abandoned over a 15 km stretch and began sliding after the blizzard. The explorers were saved in armed force vehicles and obliged inside the dormitory of the 17-Mile military camp. All travelers were given convenience while 26 must be hospitalized after they needed basic clinical help. There were no significant wounds or setbacks,” the protection official said.

Khongsai said that the bold hearts of the Indian Army notwithstanding extremely unfavorable climate and antagonistic conditions safeguarded vacationers and gave convenience, food and clinical help.

Nathu La (signifying “listening ears”), in the East Sikkim locale, is one of the most noteworthy motorable streets on the planet. It is a mountain pass in the Himalayan pinnacles arranged on the Indo-Tibetan boundary 14,450 feet above ocean level.