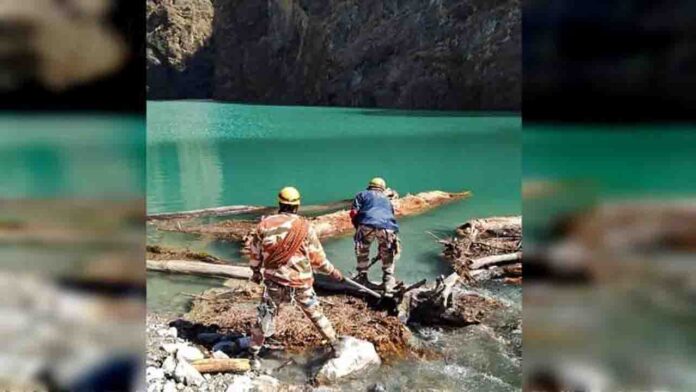 New Delhi: Natural shaped in Uttarakhand,  A characteristic lake has been shaped in Uttarakhand’s Murenda territory after the new floods that wreaked devastation in the Chamoli region of the state. The Indo-Tibetan Border Police (ITBP) group alongside the authorities of the Defense Research and Development Organization (DRDO) Wednesday arrived at Murenda where the normal lake has been framed.

The group has set up its headquarters close to the lake other than choosing an area for making a helipad, an ITBP official said.

The helipad is being created with appropriate markings and different guides to direct the aircrew. “One ITBP party with the DRDO group likewise pushed forward to the lake region for recce during the day,” the authority said.

The group will screen the specific area of the lake to get to the danger level of the lake framed because of the new catastrophic event, said the ITBP official.

The authority likewise said that the ITBP group is opening the ways for the smooth release of lake water.

The dangerous glimmer floods set off by a snow torrential slide on February 7 had washed away a 520 MW downstream NTPC hydropower project at Tapovan on waterway Dhauli Ganga. The torrential slide covered roughly 14 sq km territory that caused streak floods in the Rishiganga waterway in Chamoli locale.