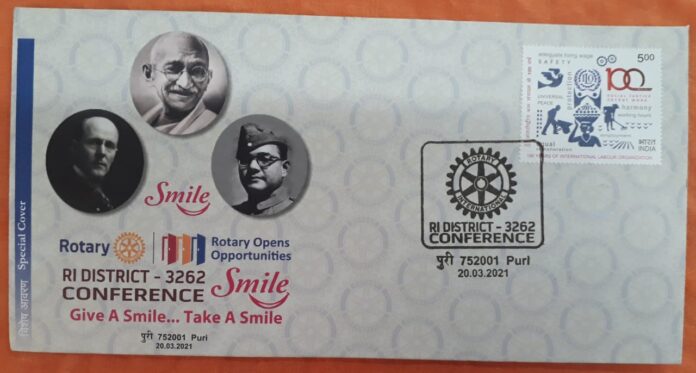 Puri: A Special Cover was released by the Senior Superintendent of Post Offices, Puri Division on the occasion of the Rotary RI District 3262 Conference being held at the Temple City. The Annual Conference is being held Puri from the 20th to the 21st March and is being attended by more than 500 delegates from the State and other parts of the country.

The Special Cover has the images of the Founder of Rotary International Paul Percy Harris along with Mahatma Gandhi and Netaji Subash Chandra Bose. The Cover was released in the heritage building of the Main Post Office by Bipin Behari Mohanty, SSPO Puri in the presence of Rotarians Bhabani Prasad Chowdhury, Ashwini Kar, Bijoylaxmi Kar, and Prativa Mohanty. Eminent philatelists Anil Dhir and Kashinath Sahoo too were present on the occasion. 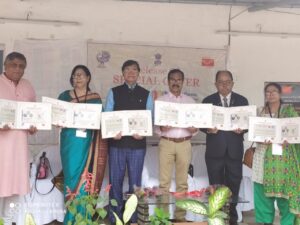 Rotary District Governor Saumya Mishra said that   the Object of Rotary International is “to encourage and foster the ideal of service as a basis of worthy enterprise.” He said that the values of “Seva” can be best emulated from the two great personalities, Mahatma Gandhi and Netaji, who had historical connections with Puri. Rotarian Sanjay Chowdhury, who is the Organizing Secretary of the Conference said that both Netaji”s and Mahatma Gandhi’s links with Puri are documented in history. Netaji spent a good part of his youth life in the ancestral Janakinath House at Puri. While fighting for the freedom of the country, he had held many meetings at Puri. Mahatma Gandhi too had started his Harijan Padayatra from Puri in 1934.

Orientation for 786 Newly Appointed Doctors Doctors’ Community at Fore Front in the Fight Against Covid We are Investing Over Rs 8500 Crore on Health Infrastructure-CM   Bhubaneswar: Health care...
Read more