ODIA RANKS 37 AMONG 7102 LANGUAGES OF THE WORLD 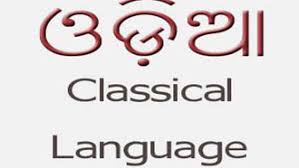 According to Wikipedia, Odia (Oriya) language ranks 37 among 7102 languages of the World. And its rank is 10 among 29 Indian Languages.

Odia is the official language of Odisha (Orissa) and the second official language of Jharkhand. 33 million people in India speak this language. Odiya is the sixth Indian language to be designated as Classical Language in India on the basis of having a long literary history and not having borrowed extensively from other languages.

LET US VENTILATE OUR SENSE OF PRIDE AS AN ODIA !!