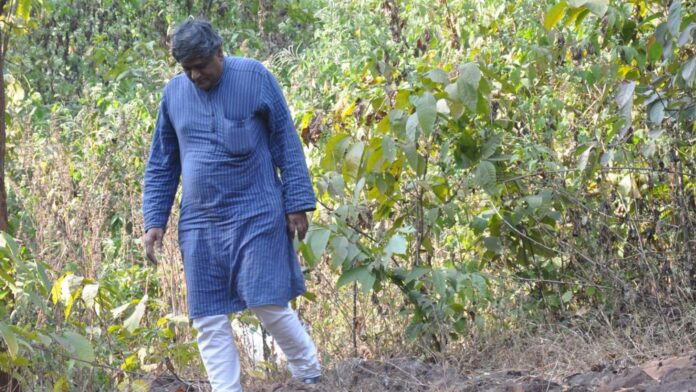 Bhubaneswar: The connection between people, landscape and the earth’s history forms the foundation of the concept of geological heritage. The Geological Survey of India has identified 26 sites as National Geological Monuments. Most of these are located in geologically rich states like Rajasthan, Odisha, Karnataka, Andhra, Telangana and Tamil Nadu. In Odisha, the Pillow Lava formations found in Nomira in Keonjhar is one of the designated geo-heritage sites.

These unique geological features are embodied with significant scientific, cultural, educational or historical value, and reconnect humans to the remarkable planet we call home. In many countries, the concept of geo-heritage and geo-parks has found much traction with sites being properly protected as part of larger bio-diverse. Geo-tourism is an integral part of these geo-parks which encompasses both landforms like outcrops and rock types and geological processes, such as volcanism or glaciations.

Unfortunately, in India, beyond declaring these sites as geological monuments, little else has been done to protect these marvels of the nature. Most of the sites are lying forlorn and desolate and may well be lost to the country during the course of ‘development’. Nomira too is an unknown wonder, which lies in one corner of the state, which hardly anybody knows about.

The Geological Survey of India, during its 125 years celebrations in 1976, had declared Nomira as a National Geological Monument. The Tata Iron and Steel Company had even put up a marble plaque at the site but then forgotten all about it.

The Pillow Lava site was discovered by British geologists Jones and Dunne in 1942. It was the second site in the country where such formations were found, the other being near Maradihalli, a small village situated in Chitradurga District of Karnataka. Nomira is located about 18 km south of Joda town, on the Barbil-Lahunipada state highway. The monument can be approached from Joda by following the Joda-Nayagarh road up to Bamebari village and then trekking 2 kms eastward to Nomira.

The pillow lava outcrops look like small buns or pillows, a feature formed when hot molten basaltic magma slowly erupted under water and solidified rapidly to form roughly spherical or rounded pillow-shapes. This happened 2.8 billion years ago, when the area was covered by oceans and provides an important clue to the evolution of Precambrian peninsular India. The well-preserved pillow structures are roughly ellipsoidal and closely packed. Because of its remote location, nestled in an unapproachable area which was thick jungle till a few decades ago, Nomira is one of the best preserved pillow lava sites of the world.

Such pillow basalts can be seen forming even today along the mid-oceanic ridges or where sub-marine volcano erupts in the ocean. It is happening in the Hawaiian volcano eruption recently. The flowing lava, when it reaches the sea, gets chilled so fast that part of the flow separates into discrete rounded bodies a few feet or less in size.

It took me a full day to locate the place. It is now heavily wooded with shrubs and small trees. I took the passenger train from Keonjhar and got down in Jaroli. Nobody knew of the place, it was with the help of my GPS that I could locate it. The plaque that had been put up nearly 45 years ago was found with a lot of difficulty. The site now adjoins the railway line, and any expansion will spell the doom of this natural heritage. With hectic mining and blasting going on in the vicinity, both legal and illegal, Nomira needs to be protected. It is indeed a pity that both we and the government are not aware of this geological wonder.

There are at least two dozen unique geological sites in Odisha, which should be declared as National Geological Monuments. Lava ash beds, sand dunes, petrified forest zones, monolith stone formations, caves, waterfalls etc. have been discovered but not listed.