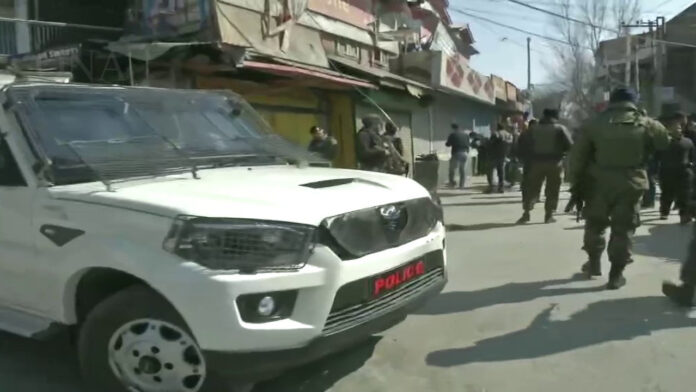 Jammu kashmir: open fire on police party in Srinagar, Two police officers were killed in an assault by psychological oppressors outside a police headquarters in Baghat Barzulla territory of Srinagar locale in Jammu and Kashmir on Friday. The psychological militants shot the two cops from short proximity, a police official said. Security powers have dispatched an activity to find the aggressors.

The Resistance Front (TRF), shadow outfit of Lashkar-e-Taiba (LeT) has asserted the duty regarding assault which was gotten on CCTV.

The harmed cops were taken to a clinic where they capitulated, police said. Among the two, one killed cop has been recognized as constable Sohail.

This is the second assault in the city in the previous three days. Assailants took shots at and harmed child of an eatery proprietor in high security Durganag territory of the city on Wednesday.

The assaults in the city have come as a 24-part designation of emissaries from different nations visited Jammu and Kashmir on Wednesday for surveying the ground circumstance in the association region.