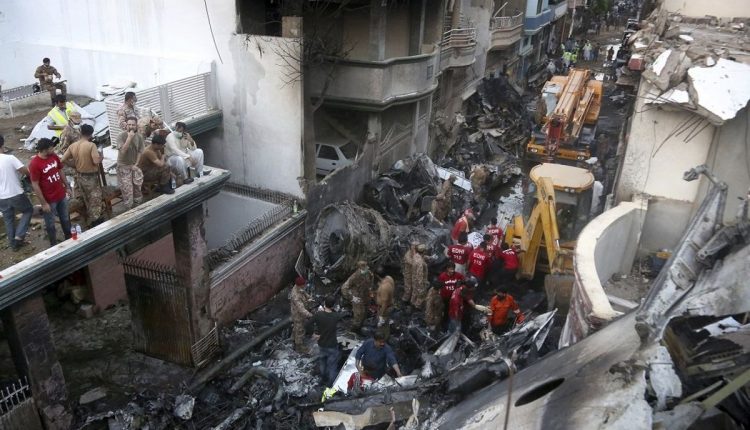 Pakistan: Pakistan International Airlines A320 late last Friday night. The plane was going from Lahore to Karachi. The plane was carrying 99 passenger were travelling in the flight and 97 bodies are recovered. The crash was so devastating that that area is completely destroyed. The pilot was instructed by the control room to fly twice more because of the problem in landing. Pakistan International airlines said that plane was disconnected from the control room at night 2:30. But while flying in the sky, it strike with a mobile tower near airport and fell down. As a result the complete area burnt and the plane was completely destroyed. 10 to 12 houses were completely destroyed and more than 50 people are injured. In the plane 31 women, 9 children and 8 crew members were there. 2 persons could rescued from the plane alive and rest 97 were dead bodies. On the spot, police, Pak army and rangers reached and started the rescue work. All 97 were that plane passengers according to the Pakistan government.