Home Politics People of Odisha to deal with possible storms with patience and courage...
Politics 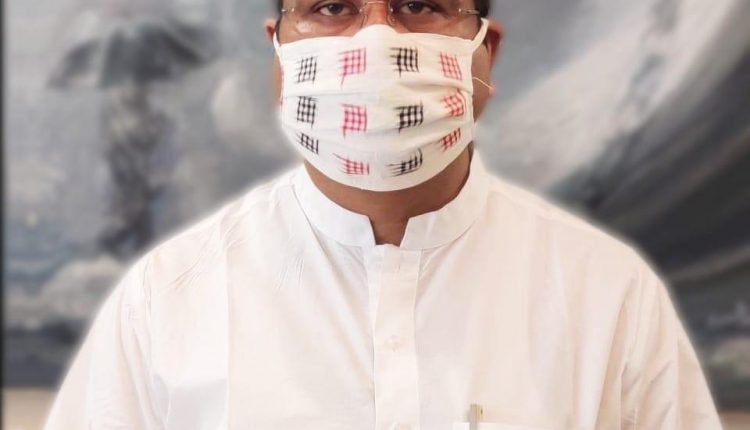 – Advising people to take precautions and relocate to permanent houses

– All with the blessings of Mahaprabhu Shri Jagannath.

New Delhi / Bhubaneswar – Union Minister Dharmendra Pradhan has called on the people of Odisha to deal with possible storms with patience and courage. In a video message on Facebook, Mr Pradhan said sea storms in the Bay of Bengal had begun to build up. The Indian Meteorological Department has forecast the storm to affect West Bengal and Bangladesh, including Odisha. All sorts of arrangements are being made by the central government and the state government to deal with possible storms. The Prime Minister held a review meeting on cyclone. In Odisha, everyone is involved in the fight against corona. The burden of the storm is on everyone.

So it can only be dealt with patience and courage. Four districts in Odisha, Baleshwar, Bhadrak, Jagatsinghpur and Kendrapara and eight coastal districts of Mayurbhanj, Jajpur, Cuttack, Puri, Khordha, Ganjam, Gajapati and Nayagarh are expected to be affected by the storm. Mr. Pradhan advised the people of the district to be vigilant. He encouraged ordinary people as well to take part in solving this great task: “One of the things you and other people can do is keep up the pressure … there are going to be some difficult decisions for government”. The blessings of Mahaprabhu Shri Jagannath are on the essence of humanity. People in Odisha, West Bengal and Baladesh should not be harmed in this dangerous hour of India. Mr. Pradhan hopes that with the blessings of Mahaprabhu Shri Jagannath, everyone will be able to escape this danger.

Facebook
Twitter
Pinterest
WhatsApp
Previous articlePradeep Kumar Naik has written to Chief Minister Naveen Patnaik urging him to work for more trains to bring back Odiya migrants
Next articleAll burden of the state should not be on Balangir: Congress