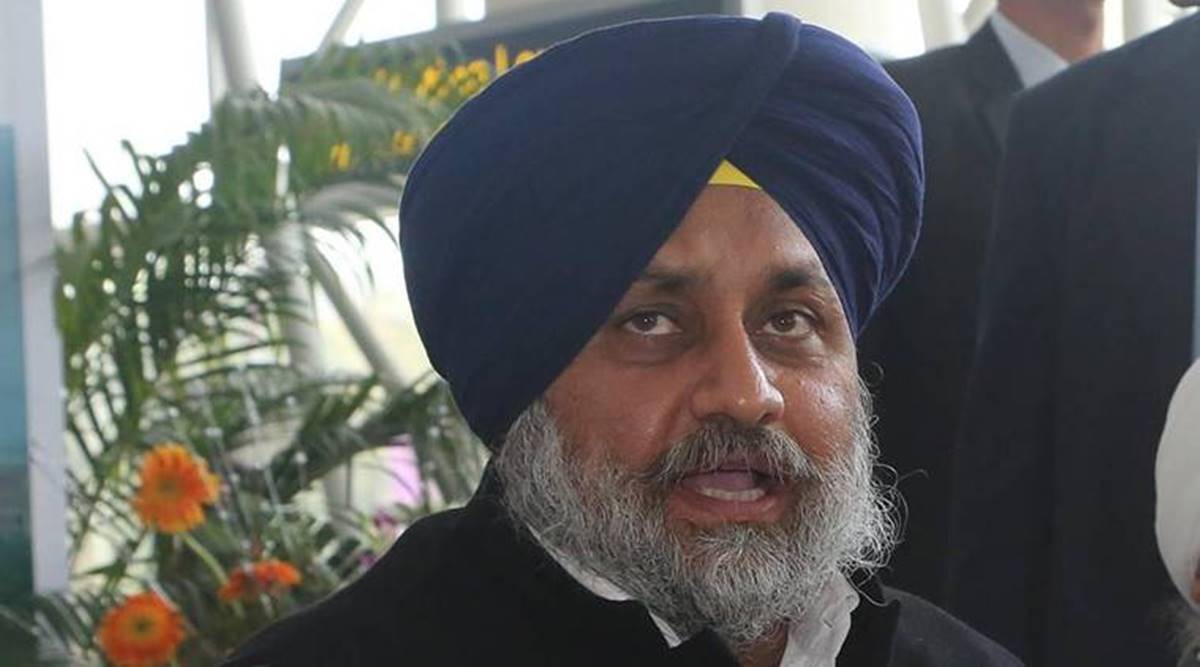 Talking to mediapersons in Ferozepur at the residence of former minister Janmeja Singh Sekhon after touring Guruharsahai, Ferozepur Rural and Zira in connection with the 100th centenary of SAD next month, Sukhbir said Chief Minister Capt Amarinder Singh should also “not play a double game” and “should lead from the front” and get all grievances of farmers resolved at the earliest.

The SAD president said it was unfortunate that the CM was playing a “fixed match” with the Centre. “Capt Amarinder Singh is playing as per the script handed over to him by the Centre. This is the reason why he has approached the farmers now and prevailed upon them to do the Centre’s bidding and vacate all railway property in the state. Surely the chief minister knew that the farmer organisations had lifted the ‘rail roko’ agitation more than two weeks ago. He should have put pressure on the Centre to restart train services to Punjab instead of approaching farmers and asking them not to sit even close to railway stations. The Centre should also not victimise Punjabis for standing with agitating farmers and should understand the sentiments of the people and resolve all their grievances,” he added.
Badal also asserted that the SAD had broken away from the NDA after taking a principled stand in solidarity with the farmers of Punjab: “We will continue to stand with farmers and will assist their agitation in every way possible.”

He further said that Punjabis “had realized that the Congress government could not deliver on any of the promises made to the people and SAD alone could provide development besides standing up and fighting for the rights of the people”.

Speaking about the upcoming PGIMER satellite centre at Ferozepur, Sukhbir said work on the proposed project only started in earnest when he took up the issue with Union Health minister Dr Harsh Vardhan last year. He said he had taken a review meeting regarding the satellite centre with the PGI Chandigarh top brass a few months ago. “I am confident the project will be formally launched on Baisakhi next year”.