Home Odisha Prediction of thunderstorm in 11 districts of Odisha
Odisha

Prediction of thunderstorm in 11 districts of Odisha 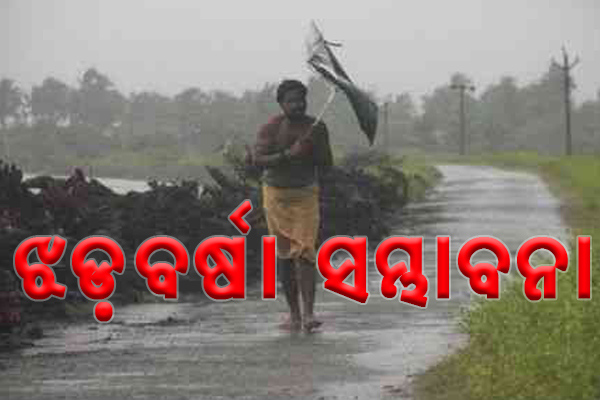 Bhubaneswar: There is no summer outbreak in the state. The mercury is below 40 degrees Celsius. The maximum temperature in the coast is 35 degree Celsius and in central odisha it is 40 degree Celsius. The meteorological depart,emt predicts that temperature will not rise as much around till coming 3rd. however, storms will continue in various districts during this time. The epicenter was reported below the Tamilnadu coast, however the wind is flowing towards south-west. In addition, there is an airflow over the upper part of odisha. The state is experiencing heavy water vapor and rain. The heat waves have been reduced due to rains. It has been raining from the last 2 days. According to the regional meteorological office, the district recorded a maximum of 12 cm of rainfall in last 48 hours, where as in Angul’s Chhendipada 8, Palalahada 8, Rairangpur 7, Riamal 7, Bisama Cuttack 7, Korei 5, Tirtol 5 centimeter rain is recorded. Apart from that, information has come that 3 to 4 centimeter rain fall recorded in some other parts. In next 24 hours, Keunjhar, Mayurbhanj, Balasore, Bhadrak, Puri, Rayagada, Gajapati, Ganjam, Nayagarh and Khordha will experience thunderstorm at 1 or 2 places. The wind speed will be 30 to 40 kilometer per hour, and that is why yellow warning has been given by meteorological department.