Home Politics Protests and rallies by the Khordha District congress in protest of the...
Politics 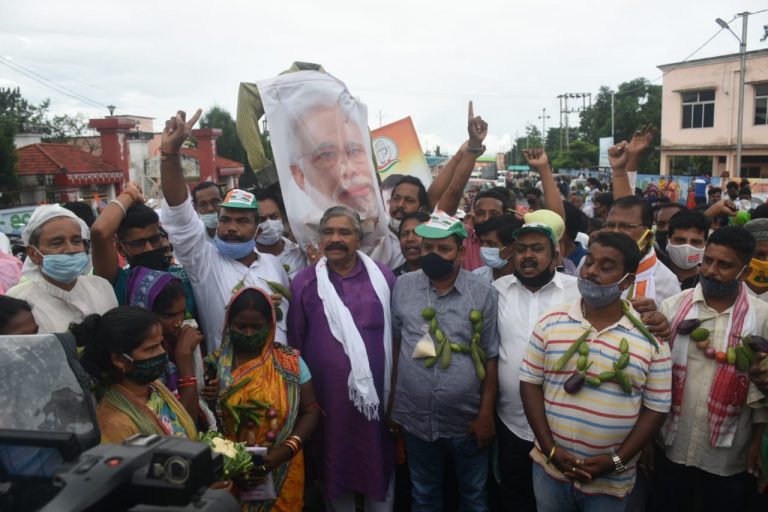 Khordha: The Agriculture Bill introduced by the Narendra Modi government at the Center is the Agriculture Bill. The passage of the bill emphasizes the interests of large companies and capitalists. Farmers and the general public across India are protesting against the killings bill, while in Odisha. A few days later, a state-level agricultural rally was held in Balasore by the state Congress. Today, the Khordha District Congress organized a farmers’ rally in Khordha. Hundreds of Congress workers and farmers, led by former Khordha district Congress president and Jatani MLA Suresh Kumar Rautaray, marched in an innovative procession with their tractors and plows and surrounded the district magistrate’s office.