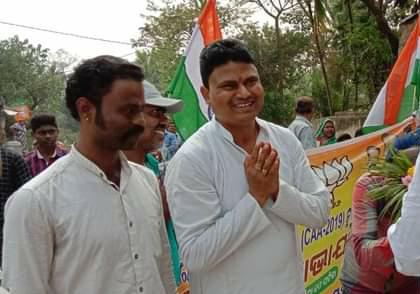 Jagatsinghpur (Pratap Kumar Singh): Ramakant Bhoi is reportedly dissatisfied with the party’s activities. In the 2019 general election, he ran for the BJP from Tirtol constituency. He is thought to have survived an earlier attempt to oust him following Mr Jiang’s intervention. Ramakant’s departure from the party has become a hot topic in the political arena in the wake of the by-elections. A few days later, Rajkishore Behera, a Congress candidate from Tirtol constituency, left the party and joined the BJP. The BJP is likely to field him in the by-elections. Ramakant Bhoi was unhappy with the team’s strategy.

On the other hand, in the 2019 elections, Tirtol came in second or Ramakant Bhoi was known as a good organizer. Rajkishore has been dissatisfied since joining the BJP.