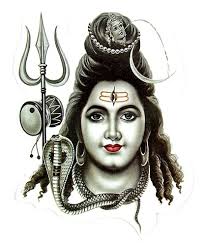 A flawless ninth century sculpture of Natesh Shiva taken from the Ghateshwar sanctuary in Chittorgarh region of Rajasthan in February 1998 and recouped in London will be headed to the Archeological Survey of India (ASI) today.

Indian authorities here said that British specialists were cautioned in 2003 when it rose that the sculpture had been carried into the United Kingdom. They associated with a private authority, who had it in his ownership and later intentionally returned it to the Indian high commission in 2005. From that point forward the sculpture has been shown conspicuously in India House. In August 2017 a group of the ASI specialists analyzed the icon and affirmed that it is the equivalent ‘murti’ that was taken from the Ghateshwar sanctuary in Baroli town. The sculpture’s arrival to India is the most recent in ongoing such extremely valuable things recuperated in the UK and gave over to the Indian strategic, has been working with British law requirement specialists to follow, seize and recover a few taken curios.

Facebook
Twitter
Pinterest
WhatsApp
Previous articleMinistry of Human Resource Development is renamed as the Ministry of Education
Next articleHighway Connectivity venture between India, Myanmar and Thailand