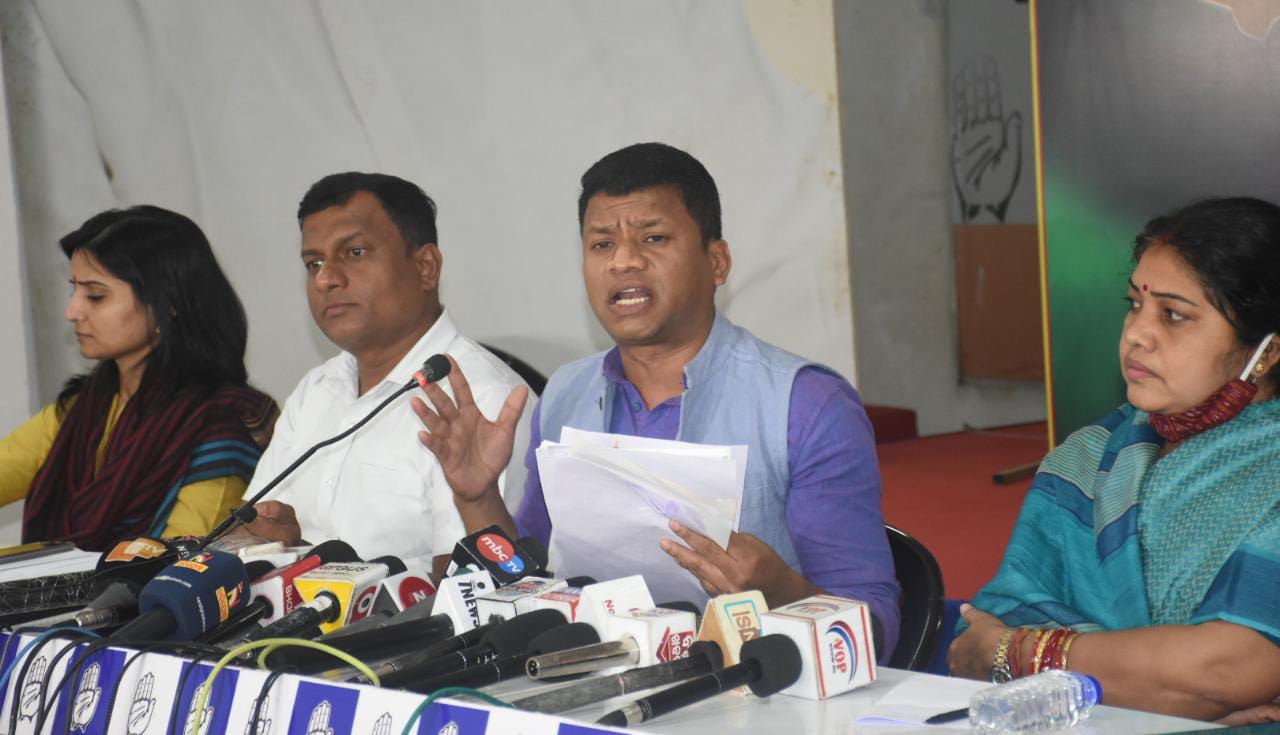 Bhubaneswar : The Congress on Tuesday demanded probe into the release of three Discoms. Cesu. Southco and Wesco in the State alleging violation of rules and corruption a charge leveled by Congress working President Shri Pradip Majhi, which said there is lack of complete transparency under the OERC dispensation. Initiating the briefing media. Pradip Majhi alleged that the government was promoting crony capitalism by reselling Discoms further in future all discoms the state will be owned by only one company. How can you allow this?
There is a clear violation of norms envisaged in the reform act on competition that one bidder cannot be given two Discom and regulations of competitive bidding best sale price (Section 20 of EA2003) and get rid of market dominance (Section 60 of EA 2003 by giving Discoms to a single private entity has not been taken utmost care while discharging the duties by OREC. This is a clear hand-in-glove by following award on an “emerged single tender / single offer basis.” Further to boost employee support and engagement employee stake of 10% have been ruled out.
“ I am asking for any inquiry into all this. This is a clear case of corruption.” He alleged that the OERC was bypassing norms and guidelines to favour a private entity in connivance with govt. and ministers in.
The recommendations of the reform objective to create four discoms thereby bringing competition in the state and legal aspects of bidding process were ignored by the OERC, “ There is an deliberate attempt on the OERC to help corny capitalists. The government is paving red carpet for monopolization of discoms in the State. He alleged adding till now Tata power has been awarded license to operate Wesco Southco and Cesco.
He said even when the entire country is going through a troubled time of Covid, OERC sought bids to privatize three discoms by September 14, 2020 and many players have alleged that the timeline for the bids was extremely short and there were a number of anomalies for the bids proposal. He also said that the concerns of other players were not taken care of by the OERC in an attempt to help Tata Power to grab all Discoms.
There is requirement of adopting transparent regime and credible and transparent bidding method so that competition among various license, better investment highest sale price collection of legitimate arrears from industries and consumers at large keeping in mind people of the State” The objective of the electricity act and privatization is to bring competition large investments, employment provide quality of power at affordable rate and accessible for all section of society and not just for the elite he said.
He demanded that the letter of intent and award given to Tata Power under above circumstances to be quashed and a details deliberation in the State advisory committee need to be taken of before roll out of further sales of these power distribution companies in the state and state power department / department of Public sector Enterprises, dues to their techno commercial capacities need to run the process of resale process in and independent manner.