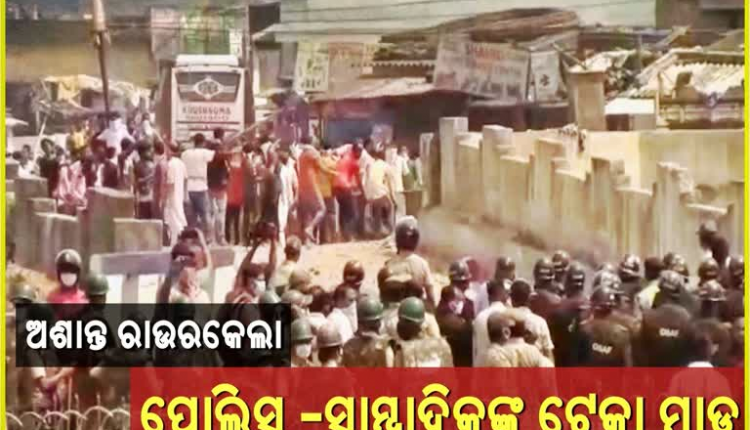 Rourkela: Tensions in Steel City. Not only the Buffer Zone, but also the Contentment Zone residents have taken to the streets to protest against the administration’s demand to lift the cut-off. Police in riot gear stormed a rally on Friday, removing hundreds of protesters by truck. Efforts are being made to alleviate the situation with the deployment of police forces in the affected areas. Contentment and buffer to some parts of the city after the first corona disease was detected in Rourkela.

The zone was declared on the 26th of last month and various cuts were imposed. All cuts were lifted from the buffer zone on Tuesday a month later. Similarly, the left side of the main road under the Continent Zone, such as Station Road, Bhatt Road, Darghai Mohalla.