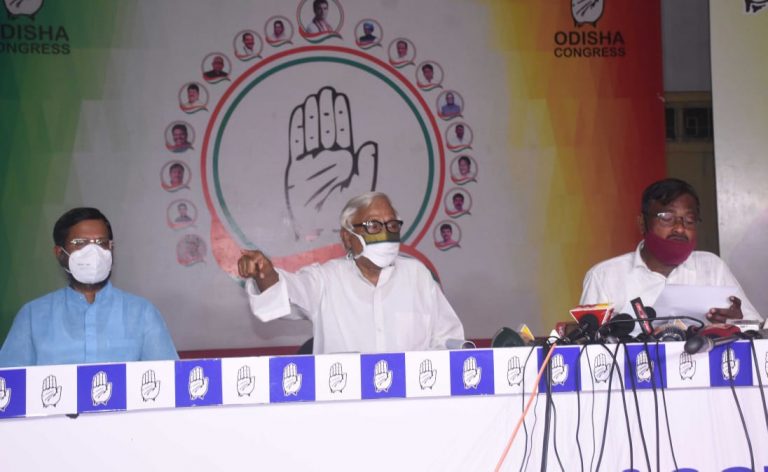 Bhubaneswar: Former minister and senior Congress leader Sanchalan Kakugo today sharply criticized the state government over the hike in electricity prices at the provincial office. The financial situation of consumers of all classes, especially consumers of electricity, has been shaken during the corona epidemic. Small shops, power users, micro and small and medium-sized enterprises and agriculture-related electricity users have not yet been able to stand up straight. This category of electricity use accounts for more than 57% of the state’s total electricity consumption. This means that they use about 2,000 megawatts of an average of 3,600 megawatts per year. Usually, only 33% of consumers are employees of government and non-government organizations, while 33% of other users are employees. The government has not yet commented on their income. The state Congress had earlier demanded that the government immediately reduce electricity prices by at least 50% for the next year. It would not only help the income earners, but also increase the production of small domestic heads.

The women, mainly from all manufacturing companies, buy electricity from the eye-catching and strong-selling corporations of DotEvakh, Tachai, and sell it to other state-owned sports and national greens, as well as to distributors. The government should be accountable to the people of the state in this regard. 22% of the state’s total electricity is available at a very low rate, at around Rs 2 per unit and around Rs 2 per unit at 10 per cent from solar power. All in all, no more than Rs 3.50 per unit of electricity purchase. So in whose interest was the sale proposal now priced at Rs 4 per unit? Nearly Rs 9,000 crore is owed to various companies. The state government owes nearly Rs 2,000 crore to the distribution companies. The state Congress and the Federation of Consumers have repeatedly demanded that all power-related expenditures be accounted for by the state in the last twenty years. But the government is indifferent.

Instead of collecting the remaining tens of thousands of crores of rupees from the government, the government has imposed an additional burden on ordinary consumers to cover the pressure of just Rs 660 crore. During the UPA government, there were four micro-hydro projects in Odisha. But Mr. Behera expressed dissatisfaction with the fact that he had not yet been hired. Spokesperson Prashant Shatapath warned that the Congress party would go on a large-scale agitation in the coming days on the instructions of PCC President Shri Niranjan Patnaik if the Odisha government did not immediately withdraw the fixed electricity tariff. During the corona epidemic, Mr. Satapathy appealed to the state government not to impose an additional financial burden on the people of the state due to the rise in electricity prices. The press conference was moderated by Media Coordinator Deepak Mohapatra