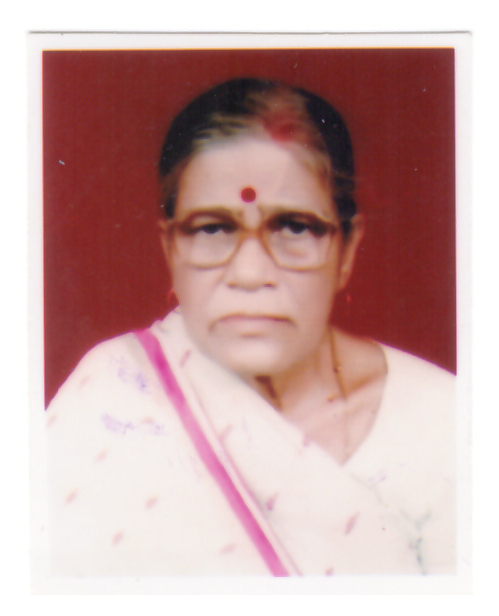 Nirmala Mishra, a reputed and much acclaimed Social Worker and
The astrologer of Odisha passes away.

Nirmala Mishra, a prominent social worker and a famous astrologer
of Odisha left for her heavenly abode yesterday i.e. on Tuesday
evening, June 15. She was the Convener of the Utkal Pradesh Mahila
Congress in the 1960s. As the Secretary of Seva Dal during those days
while on her way to Ranpur in a jeep from Swaraj Ashram for an election
campaign forum on May 29, 1961, she met with an accident near
Khurda. In this road accident, three of her co-campaigners died and
she lost her right hand and had 25 fractures on the right side of her body. She was treated in
Cuttack SCB Medical College and survived. In 1963 she married Lecturer Sri Tattwakandar
Mishra and the newlywed couple were felicitated by Sri Biju Pattnaik, Biren Mitra, Bijay
Pani, Bhabani Pattnaik, and other prominent leaders at Swaraj Ashram. Her eldest daughter Smt. Tadasha Mishra, IPS is now posted as Special Secretary, Home, Ranchi, Jharkhand. Her
younger daughter, Dr. Soumya Mishra, who is also the first lady IPS officer of Odisha, is
now posted as Addl. DG, Fire Services, Home Guards, and Civil Defence in Odisha. Her son
the late Amrut Mishra last worked as Asst. Director in Central Intelligence Bureau.
The late Nirmala Mishra was also a Member of the Odisha Social Welfare Board. She
excelled in music, dance and drama. The desire to excel manifested in her in many ways. She
had won many awards for her poems in Bishub Milan. She was a student leader during her
school and college days at Ravenshaw Girls High School and in Shailabala Women’s College.
Later she entered State politics. As an NCC Cadet, she had received the Kruschev Medal
at New Delhi from Sri Jawaharlal Nehru, the then Prime Minister of India.
She was a famous astrologer and could foresee and predict the future. Her extraordinary
talent had made her famous in Odisha. She helped many people with her god-given gift both from Odisha and from other States. Even people from abroad used to consult her and receive her assistance.
She is survived by her husband Shri Tattwakandar Mishra, daughters Tadasha Mishra
and Soumya Mishra, her daughter-in-law Jugajita Mishra, and her four grandchildren. Her
last rites were performed at Khannagar Cemetery in Cuttack.