Road tax waiver for the month April, May, June 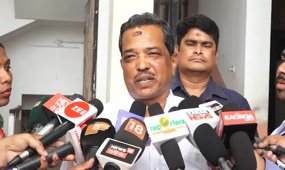 Bhubaneswar: The controversy over whether the bus will roll in the state is still raging. A meeting of the owners’ association will be held tomorrow to discuss private bus services in the state. The government had earlier said that according to the number of seats in the bus, passengers could be transported. And now the union is ready to run the government’s decision. The state’s private bus owners’ association has warned bus workers. If the next meeting is successful, the statewide bus will run from May 28. The bus owners’ association will hold a meeting with Transport Minister Padmanabha Behera. The Department of Transportation, on the other hand, was writing to the Finance Department to waive the road tax. Later, the Minister of Transport, Shri Padmanabha Behera, informed that the road tax will be waived in April, May and June. It is learned that the Chief Minister will write a letter to the Central Government on the waiver of the debt. Transport Minister Padmanabha Behera is hopeful that bus services will start in the state soon.