Sachin Pilot says, he is not joining BJP 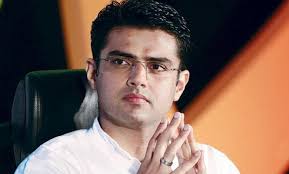 Previous Rajasthan vice president serve Sachin Pilot, who was evacuated as the leader of Congress’ state unit on Tuesday, said that he won’t join the BJP.

“I am not joining BJP. Those maxim that are simply attempting to bring down me in Gandhis’ eyes,” he revealed to Hindustan Times. Sachin Pilot likewise denied intriguing with the BJP to plan against the Congress. Pilot additionally dropped a question and answer session planned for now.  He was likewise dropped by boss pastor Ashok Gehlot from the bureau after a gathering of the CM lawmaking body party. Additionally expelled alongside him from the bureau were food and common supplies serve Ramesh Meena and the travel industry serve Vishvendra Singh.