Home Odisha What is the secret of Neelmadhab's naming?
OdishaReligion

What is the secret of Neelmadhab’s naming? 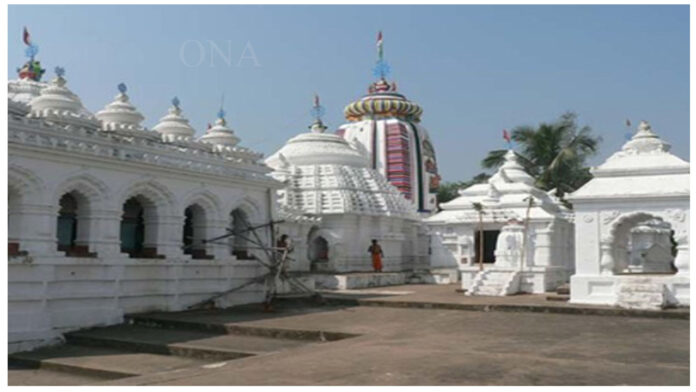 Bhubaneswar: Secret of Neelmadhab The Contillo is a historic and historic area in the Khandpada block of the district. The temple of Sri Neelmadhab, located on the banks of the Punyaitoya Mahanadi, has many legends. Neelmadhab is considered to be the original form of Jagannath. Kantilo is known as the birthplace of Jagannath. For Neelmadhav, Kantilo is in the minds of Jagannath lovers at home and abroad. He was a devotee of Vishnu.

the secret of Neelmadhab’s naming?

the secret of Neelmadhab, at one point, the minister instructed his parishioners to meet God in the mortal realm in search of God. With that in mind, he sent his staff in different directions. Among them, Vidyapati crossed the dark forest in Utkal Pradesh and reached Bishwabasu house. There, the corpse king, Bishwabasu, was found to be worshiping Neelmadhab and seeing him with his own eyes and talking to him. Bishwabasu did not tell anyone to worship Neelmadhab. So Vidyapati first fell in love with his daughter Lalita and later married her.

The girl insisted on seeing Lord Neelmadhab in Bishwabasu’s companion. Under one condition, Vishwabasu agreed. The blind man will be blindfolded and will not tell anyone where he is going. Agreeing to this condition, the girl agreed to go to the spot, blindfolded.

But the mustard he had taken in his hand was sown all the way and saw the vision of Neelmadhab. A few days later, as the mustard trees rose along the way, they reached the Neelmadhab Peetha alone. He cleverly stole the sapphire and brought it to Indradyumna’s court. Vishwabasu went crazy without finding Neelmadhab and gradually learned all the stories. But when he reached Indradyumna, Neelmadhava himself disappeared. Indradyumna was then dreamed that Lord Neelmadhava would appear in the form of a tree near the mouth of the rest. King Indradyumna then fixed the tree and ordered the establishment of a temple in Puri. Jagannath is said to have changed his mind about the secret of The Nilamadhab temple.

Festival of the Neelmadhab Temple

3- An extraordinary festival on ‘PAUSA PURNIMA’ . On this event, Lord Neelamadhab is embellished with gold adornments.

Location of The Nilamadhab temple

The secret of Neelmadhab is put on the bank of the stream Mahanadi encompassed by uneven territories. As it is one of the acclaimed vacationer locations of Odisha numerous individuals visit this spot. the secret of Neelmadhab Because of the consistent progression of travelers numerous lodgings and cabins had come up in the territory.