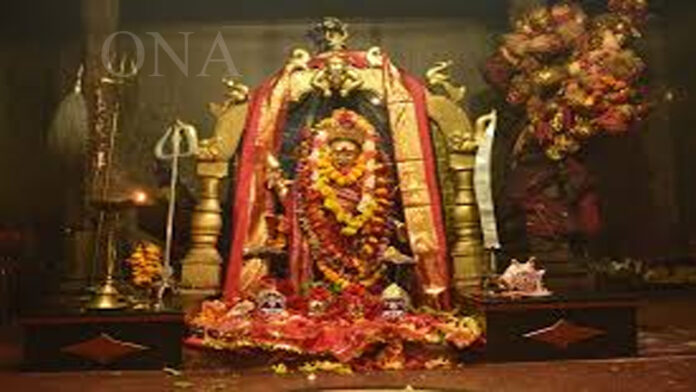 Ganjam: Shakti Peeth Maa Taratarini is a temple located in the Ganjam district of Odisha. It is one of the 51 Shakti Peethas in India. Two sisters are worshiped here as Tara and Tarini. It has gained fame because of the majesty of this pedestal. The seat is known as the Buddhist, Vaishnavi, Tantra, and Shakti seats. 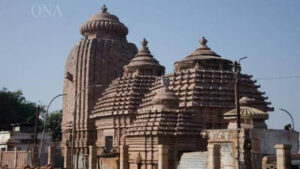 Legend has it that Mahadev went mad with maa Sati’s burnt body in the absence of Maa Sati. Knowing that it was impossible to observe creation without Mahadev, Lord Narayan dismantled Sati’s burnt body in his Sudarshan Chakra. Maa Sati’s body was found in 51 places. It is said that Maa’s chest fell on Taratarini’s back. Tara Tarini’s sister was born from those two breasts.

When the two goddesses repented, Maharshi calmed down and said, “In the middle of the Kali Yuga, at the house of my eldest sister, Basik Prahraj, on the banks of the Rushikalya river, in the house of my son-in-law Basu Prahraj, you will be worshiped at the end of the Taratarini Mountains and cursed.” Since then, Shakti Peeth Maa Taratarini has been worshiped on the mountain. Many legends are heard in this way.

Shakti Peeth Maa Taratarini is worshiped here every day. The temple has been in operation for more than 500 years. Every Tuesday and Sankranti of the year, a large number of sacrifices were made to Mother Taratarini. As a result, the road to and from the site was red-blooded. But now the practice has stopped. Now the pudding water is being offered to maa in the form of liquor in nonveg and copper vessels. Here the childless and the sick devotees are mentally ill.  There are 4 hills to get to this temple to go Shakti Peeth Maa Taratarini. 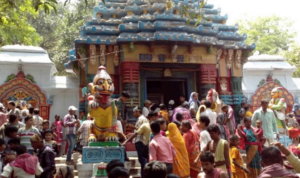 This Chaitra Parba/Chaitra Mela/Chaitra Yatra is the most significant among the celebrations, celebrated at the Shakti Peeth Maa Taratarini. It happens on every Tuesday of the period of Chaitra month from March to April (as indicated by the English schedule). Devotees come from each edge of the world to have darshan of the Maa Tara Tarini and do their Manasika after satisfaction of their cravings. Terrific assemblages occur on the principal, second, third, and fourth Tuesdays. On Tuesday, the holy place stays open for the Darshan of the gods from 1.00 AM till 11 PM (of Tuesday). During that period, Pahada (daytime rest) of the gods is restricted to evening time as it were. Devotees come to offer the principal pack of hair of the infants with the conviction that goddesses Tara Tarini will shield the babies from all disasters and for their prosperity.

Facebook
Twitter
Pinterest
WhatsApp
Previous articleIMMUNIZATION AGAINST COVID-19 CONTINUING IN FULL SWING AT SUM
Next articlePM Modi, all CMs prone to get immunized for COVID-19 in second phase of vaccination programme