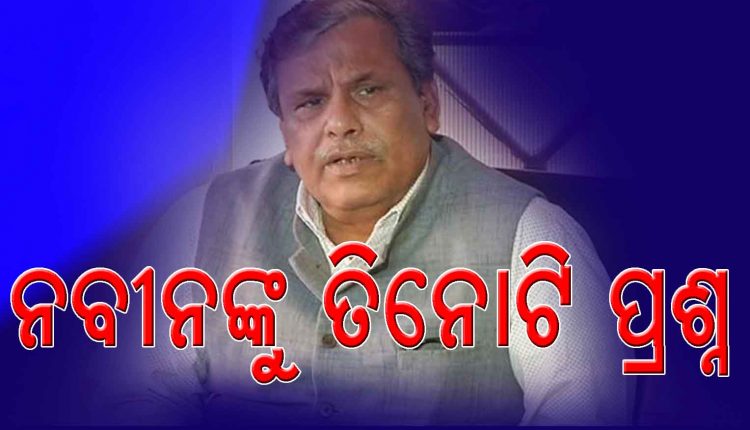 Bhubaneswar: Former Union Minister and senior leader Srikant Jena today wrote an open letter to Chief Minister Naveen Patnaik asking three questions based on the corona issue. He asked to clarify whether time would increase. It is dangerous to fight in such cases until there is a comprehensive test. It simply came to our notice then. Will the Odisha government take such a step as the state government of Uttar Pradesh has been able to bring in students from Kota in Rajasthan with clear permission from the central government? Third, he questioned the Chief Minister’s announcement of a Rs 100 crore package for workers. Keeping an account, he asked the chief minister to answer the question of whether the daily wages of the workers is Rs 4.44 p. He asked the Chief Minister to answer his questions.