Home Politics Srikant warns Naveen, consequences could be dire if not changed
Politics

Srikant warns Naveen, consequences could be dire if not changed 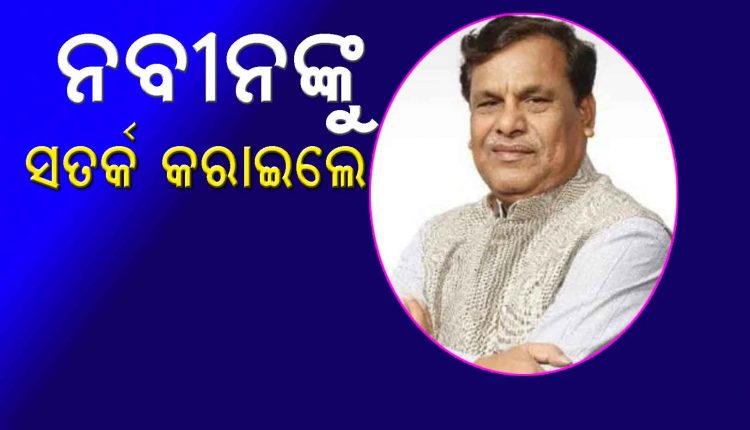 Bhubaneswar: Senior politician and former minister Srikkant Jena has issued a video warning for Chief Minister Naveen Patnaik. The consequences will be dire if the government decides to seek help from people outside the state during the talks with the Sarpanches. So the Chief Minister should change his decision immediately Mr Jena said the sheriffs had been given the power of chief district magistrates. The Chief Minister has spoken to Sarpanchs through audio. Workers and other people who are outside Odisha will return and will be kept quarantine, arrangement for their food and drink will be done for them.

The great purpose behind this statement is that if one of them is positive, he or she can join the others, and they will be kept separate and his health will be examined, which is good. The Sarpanch is happy to accept this responsibility. But the bottom line is that those who come will come by car, by plane, by train. But when they go to the village, they will meet different people. When you arrive in the village, will go to the quarantine, but on the way, you will have tea and breakfast, and if there is anyone with corona positives, it will be very difficult to get in touch with others. So stop them at the end point and center the mega quarantine at that entrance. Let them be placed there. If no one goes down the aisle, they should be kept under guard. But for those who come from outside, arrange large-scale respite at the point and keep it there, whether it’s high in other grounds. This allows us to automatically save 75%. By the time they reached the village, they were already in quarantine, and the health will be checked for 14 days. The Collector, RDC, and Secretary Bhubaneswar could have been given the responsibility. Mr Jena warned the state government to take immediate action.