State government data on corona management is false and misleading 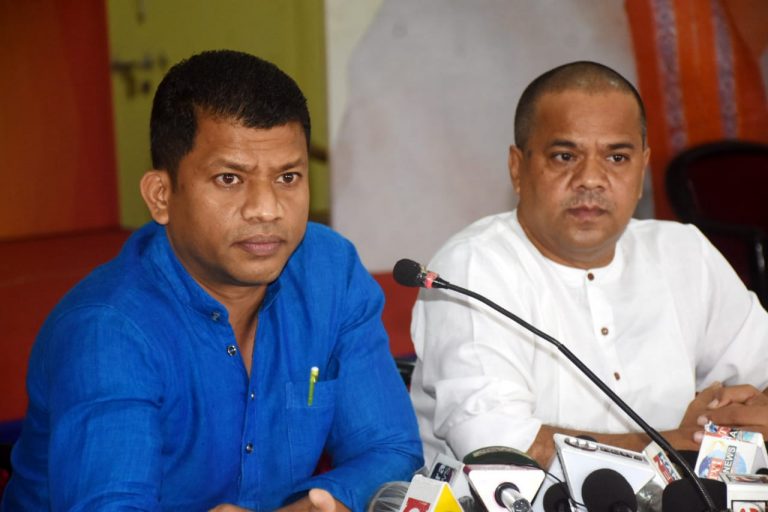 Bhubaneswar: Pradesh Congress spokesperson Shri Sudarshan Das alleges that the information that the state government is putting to the people of Odisha in the field of corona epidemic management is confusing and misleading.

In an effort to prove how untrue the information provided by the government on death was, Mr. Das recounted the body of corona, who was buried in the Luniaodi suburb of Balasore. Between August 17 and September 14, the cremation took place at the shrine, with 72 coronations, and the “Muktidwara Management Committee has submitted a bill of Rs 7,500 per Shiva to the administration.” During the same period, two minorities were killed in what became known as the “Corona”.

The bodies of two corona patients who died at Jyoti covid Hospital in Balasore were also forcibly taken by his family and cremated in Bikgram. Meanwhile, black patients have also died in Cuttack and Bhubaneswar, including “Muktidwara”, in their village. Twenty-one people have died in the past, proving how the government is hiding the real picture and statistics of the death and deceiving the people of Odisha by giving false information.

At a press conference, Pradeep Majhi, executive chairman of the Odisha Pradesh Congress Committee, slammed the government, saying the government’s negligence in the treatment of corona was unforgivable and unfortunate. The state government received 567 ventilators from the PM Care Fund as coronary patients were left without access to ICUs and veterinarians. Of those, only 147 ventilators were used as of Sept. 16, and the rest are indoors. Mr. Majhi complained that it was an indication of the incompetence and instability of the state government. Mr. Majhi presented a concise picture of corona treatment in Malkanagiri, Koraput, Nabarangpur, Rayagada and other districts and said that the people would not forgive the government for misleading the people of Odisha by giving false information and statistics.