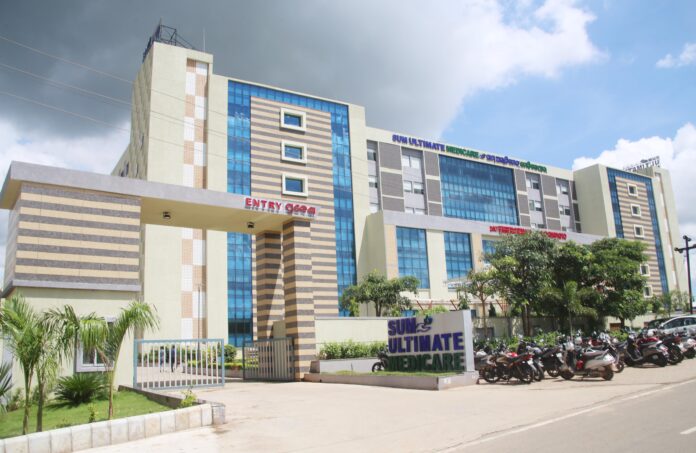 Bhubaneswar : Arrhythmia, the problem of heart’s rhythm, can now be treated at the SUM Ultimate Medicare here, which has become the first corporate hospital in Odisha to provide dedicated electrophysiology laboratory with all modern equipment.

Arrhythmia is a condition in which the heart beats with an irregular or abnormal rhythm. It occurs when the electrical impulse that coordinates the heart beat doesn’t work properly, causing the heart to beat too fast (tachycardia) or too slow (bradycardia).

The condition is classified according to its origin (atria or ventricles) and also according to the speed of heart rate it causes.

The treatment options included medications which prevented the arrhythmia or convert arrhythmia to normal heart beat and sometimes used to control the heart rate. Certain invasive therapies in treatment of the condition when medicines were not effective like EP-Study and radio frequency Cothater Ablation (energy delivered through catheter to tiny area of origin of arrhythmia in heart muscle).

Though patients from Odisha used to go out of the state to metro cities for treatment of the disease earlier, the facilities would now be available at SUM Ultimate Medicare with experienced Electrophysiologists in attendance. Treatment for all simple/complex and post-operative arrhythmias like PSVT, VT, Atrial fibrillation and flutter would be possible at the hospital.

All varieties of conventional and advanced physiological pacemaker could be implanted in conduction system disorder and heart failure cases. Heart failure cases not responding to drugs and some genetic disease of heart could also be treated with specialized pacemaker.

The hospital, which has dedicated Cardiology department with well experienced and eminent Cardiologists, Cardiac Surgeons and Cardiac Electrophysiologists, has become a highly dedicated center for pacemaker/ICD/CRT implantation and extraction of infected pacemaker leads if required. It has dedicated clinics for pacemaker/ICD/IRT programming and troubleshooting as also arrhythmia, heart failure and syncope clinic run by dedicated cardiac electrophysiologist. Cardiac procedures including coronary stenting, bypass surgery, valve replacement, closure of holes in the heart and other procedures are done in the hospital at affordable rates.