Take part in “Speak of India”, Save the country – Niranjan Patnaik 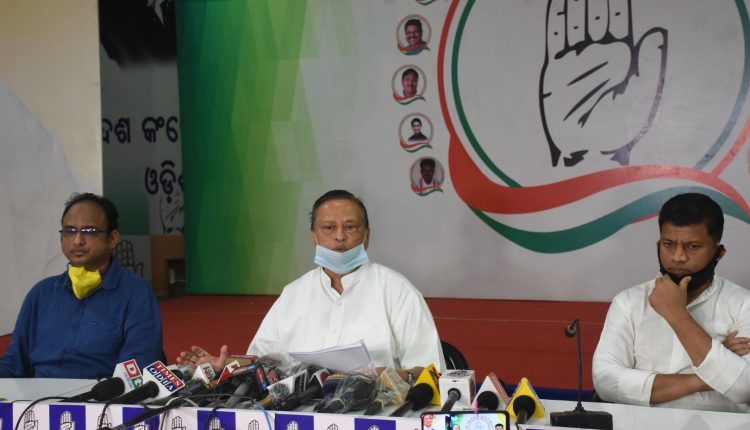 Bhubaneswar – By the decision of Mrs. Sonia Gandhi, President of the All India Congress Committee, in India, all the members and leaders of the Congress party and the people of India are united in India. The government has three issues with it, from 11 a.m. to 2 p.m. tomorrow.

Every day, the central government is indifferent and silent on how to address this issue. He encouraged ordinary people as well to take part in solving this great task: “One of the things you and other people can do is keep up the pressure … there are going to be some difficult decisions for government”.

The first problem is migrant workers in India are paid Rs 7,500 a month directly for the next six months. Paying money to their bank account and immediately paying them in advance of Rs 10,000, let them be credited to their account. So that millions of workers in India can save their lives. Otherwise, the number of starvation deaths from Covid – 19 epidemics will increase significantly in the coming days.

Second, farmers’ rabi crops have been completely wiped out.

Until then, farmers have been selling their produce, from vegetables to rice, beans and beans could not The interest of the Rabi season and the interest on the masses is like a bundle on the heads of the farmers. And again how long will it take for farmers to prepare for the harvest, but the farmers have no money.

Facebook
Twitter
Pinterest
WhatsApp
Previous articleThe Education system in the state is in disarray due to effect of corona, the government is directionless : Niranjan Patnaik
Next articleDead bodies send back to hospital by Delhi Crematorium