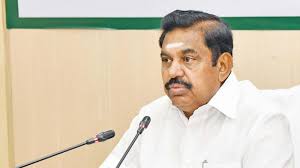 Palaniswami stated, throughout the long term, while the Karnataka government began numerous Tamil schools in different areas to empower Tamil understudies to concentrate in their first language and allowed endorsement just as awards to private Tamil schools, a portrayal has now been gotten by his administration on opening. In a letter to the Karnataka Chief Minister, he stated: “We have gotten a portrayal from the Karnataka Tamil School and College Teachers Association, showing that there are numerous opportunities of Tamil instructors in government and government supported schools and that the state government has likewise not given endorsement for opening new private Tamil schools.