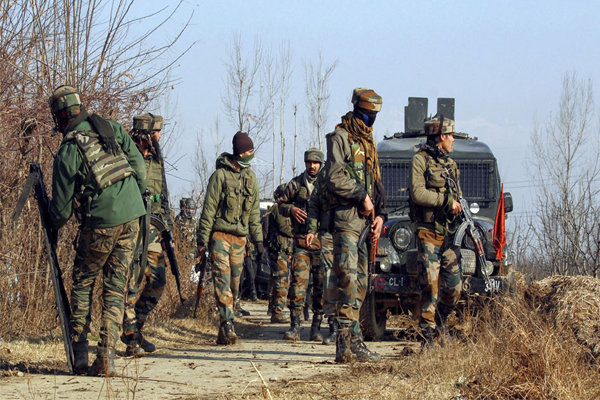 Srinagar: A militant was killed in a shootout with security forces in Pulwama district of Jammu and Kashmir on Wednesday morning. There is also a search operation in the Belpora Gujapora area to capture Riaz Naik, the commander of the Hit-ul Mujahideen.