The actual rally started in Bihar 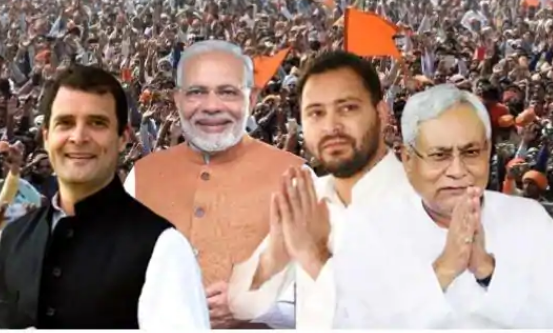 Bihar: This time the Bihar Assembly elections will be very special not only for the country, but people who are watching it will not only want to know the politics here, but also to know that the  elections will be held in the corona era. In such a situation, the Election Commission has made special preparations for this. The teams rallied until now, but now the real thing has begun.

BJP president J.P. Nadda has already started it. Then the other parties are going to rally. The date of the rally is yet to be announced. Rahul and Priyanka’s rally has been postponed while Chirag Pass has been protesting since the 21st.

While Rahul Gandhi is participating in 6 election programs, Priyanka will also hold three general meetings on November. According to Congress sources, Rahul will address two elections every day. So far no one was able to send in the perfect solution, which is not strange.

Facebook
Twitter
Pinterest
WhatsApp
Previous article1 lakh liquid oxygen will be imported by government: Covid 19
Next articleThe state government has not given due respect to the late Sarat Kar