The Bay of Bengal is likely to face winds 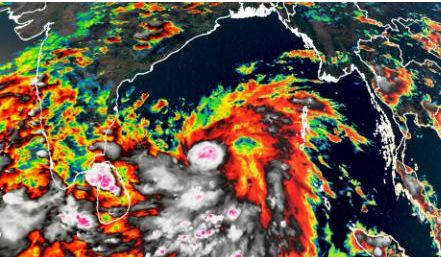 Bhubaneswar: SRC Pradeep Jena has provided information on possible storms. The low pressure is now rainy. There are indications that winds could form today. It is now 1,060 km south of Paradip. The SRC said it was now moving at a speed of 20 km per hour. The storm will change on the evening of the 17th. Given the current wind situation, it is expected to reach the coast of Bengal. Landing is expected on the 20th. As a result, Odisha will receive 18 to 20 rains and winds. On the 19th, coastal Odisha will receive winds of up to 60 kmph and winds of up to 150 kmph at sea. By the 20th, the wind speed is expected to increase to 110 km per hour. This will result in heavy rains in the state. But there is no fear of flood, said SRC Pradeep Jena. People can be relocated if needed.

The district attorney’s office has been asked to make additional arrangements. “The state government is fully aware of the possible storms,” ​​he said. The government has a fair amount of food. There is no reason to be afraid. In addition, the SRC has warned against going to the market unnecessarily. “Clear information is expected about the speed of the storm tomorrow,” he said. Twelve districts in southern, coastal and northern Odisha have been alerted. On the other hand, IMD DG Mrityunjaya Mohapatra said that the storm would reach the coast of West Bengal by the morning of the 20th. It has been raining moderately in North Odisha since the evening of the 18th will start. The monsoon winds will increase from 19th. There will be heavy to very heavy rain. On the morning of the 19th, the winds will be 45 to 55 km per hour. The maximum wind speed is expected to be 75 to 85 kmph. Wind speeds can reach between 150 and 160 mph. “Odisha and West Bengal may be affected,” he said.