The BJP has hurt the Korei MLA with questions about development 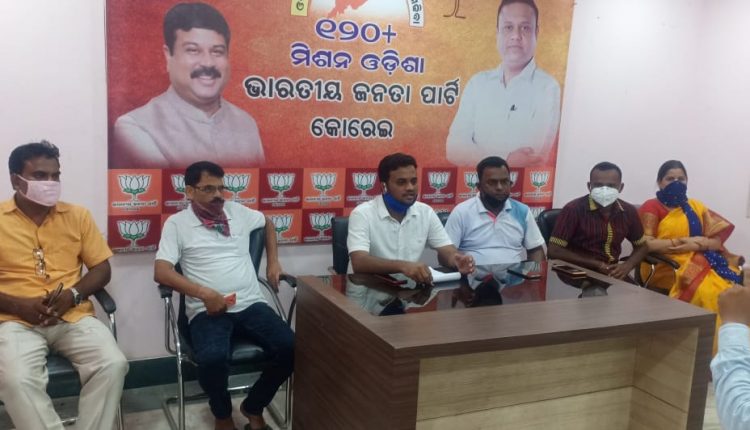 Jajpur(Abhimanyu Mishra): It has been a year since he became a Korei MLA, and on this occasion he has been congratulated by the Bharatiya Janata Party. Although he did not think it was appropriate to engage in politics during such a catastrophe, the development of Korei. Vikram Keshari Bishwal, a youth leader at the BJP party office on behalf of the Korei for development, asked him some basic questions. Asked. Have you succeeded in fulfilling the hopes and aspirations that the people of Odisha have given your team the opportunity to serve you in Odisha and the Korei in Korei? You have not held a single meeting of all the elected sarpanches, committee members / members of the Korei Block for a year for overall development. Is it a lack of sincerity or a lack of time? From the Byasnagar Municipality’s Sanskriti Bhavan to the stadium, no work has been completed. Shouldn’t you be in a hurry for this? In no case did the entire constituency get poor soil for the betterment of education, health, transportation. Who is directly or indirectly responsible for this?

There are many questions and opinions right now. However for the honour of Korei citizens, he has to work had for the development of Korei in next 4 years. Today, in the BJP party office, the youth leader Bikram Keshari Biswal questioned asked all these questions to the MLA and hoping for the answers to his questions. District secretary Pramod Nayak, Mandal president Pramod Sahu, Achyutananda Das, Itishree Jena, Vijay Ghadei, Lalatendu Nayak, Prashant Sahu were present.