The chariot construction will finally begin 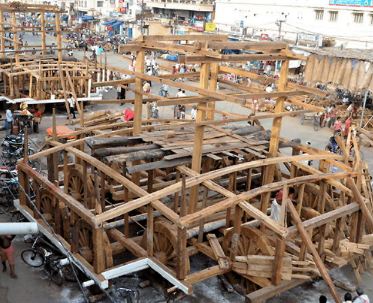 Bhubaneswar: After much speculation, chariot construction will finally begin. An important decision was taken at a meeting of the temple’s management committee. It was decided at the meeting that the construction of the chariot would begin. This was informed by Ramchandra Das Mohapatra, a member of the steering committee. It is learned that the chariot can now be built as Puri is coming in the green zone. Green zone workers are allowed to work in the construction. As construction of chariot is a labor related work, it has the permission.