Home Odisha The Construction Of The Famous Konark Temple
FeaturedOdishaReligion

The Construction Of The Famous Konark Temple 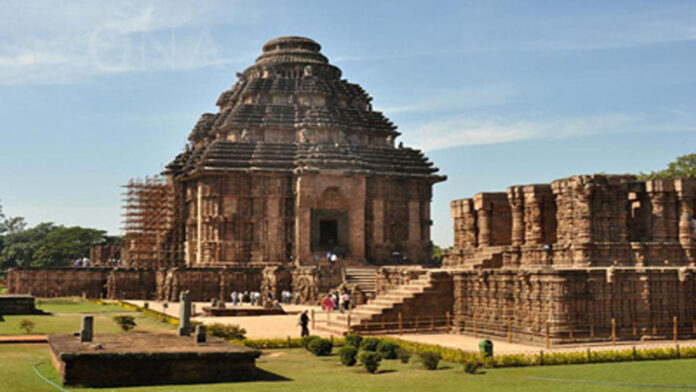 The Famous Konark Temple is a 13th century Sun Temple located in Konark, Odisha, India. The temple is said to have been built in about 1,250 by Langula Narasimha Deva, the king of the Ganges of Utkal. The temple is a huge chariot with five chariots with stone wheels, pillars, and walls.

Style and shape of Konark temple

The Famous Konark Temple, Its main part is slowly eroding. It is a world heritage site. It was built at the confluence of the ‘Prachi River’ and the ‘Bay of Bengal’. At that time it was a port. It is believed to have been named ‘Konark’ after the name of Konagar. Analyzing the word Konark, it appears that the Sanskrit word is derived from a combination of ‘angles and arcs’. In The Famous Konark Temple,  the angles are the union of one side or two sides or lines, and the arc means the sun. Since the temple was built for the Sun God, it is believed that the name of the place was Konark accordingly. Western sailors named it the ‘Krushna Pagoda’ and the ‘Sweta Pagoda’ of the Puri Jagannatha Temple. The two temples were paved for sailors. The Kalinga temple was built in the style of Kalinga architecture. The main temple with a sanctum sanctorum is 226 feet high and the facade is 128 feet high. The 13-foot-high stone floor was built in the form of an airplane and a Jagmohan chariot. He was surrounded by 24 wheels 6 feet 6 inches high and seven horses in front. Jagmohan was 123 feet high and 225 feet high. Now the plane is almost destroyed. There is now a sanctuary and a throne. Although the facade was completely safe, parts of the ‘Nata Temple’ and the ‘Bhog Mandap’ remained safe at the time of the calamity.

Length and breadth of the temple

The Famous Konark Temple, the length and breadth of the temple fence are 456 and 590 feet, respectively. The temple is surrounded by natural surroundings and is surrounded by trees growing on sandy soils such as cashews and baby plants. It’s as big as it is today. This is actually the mandapa of the main temple.

Standing from the front, the ruins of the main temple are visible. The main temple is about 200 feet (80 meters) high and is believed to be the tallest temple in India. The construction period has a definite role to play in the Konark temple.

The Famous Konark Temple, This is because the Konark Hindu Temple is the last step in architecture and the highest point. According to Stirling, 1241 BC. According to Abu Fazal, Ferguson, and Rajendralal, the 9th century. According to Hunter, from 1234 to 1291 AD.

The temple is made of a huge chariot drawn by 7 swift horses. All of it is engraved with carvings. At the base of the temple are 12 finely decorated wheels with fine carvings. These wheels are one of the main attractions of the temple.

The Famous Konark Temple, these wheels act as sundials. The right time is coming from the shadows of these people. The roof of this pyramid-shaped temple is about 30 meters high. Like the Khajuraho Temple, the temple has a large display of art.

It shows the superiority of Odia Art

On the other side of the door are two temple elephants guarding the temple with two ivory tusks. The two elephants are said to be sitting on two lying human beings. Like every old temple, there is a Nata Temple in front of the main temple, where artists perform dance songs dedicated to the gods. Various flowers and geometric patterns can be seen everywhere. There are also many types of images of gods, goddesses, yaks, Gandharva, kinnar, male musicians, nuts, loving couples and happy festive rural life, war and hunting. Along with this, the temple is home to a fascinating spectacle of how many species of animals and birds, about 2,000 attractive and living elephants, mythical creatures, various species of vines and ornamental and majestic odia architecture adorn the spectacular views of The Famous Konark Temple.